The subject of the “False Testimony” exhibition is the Tiszaeszlár Trial of 1883. Following the disappearance of a 14-year-old girl Eszter Solymosi on April 1, 1882, in the Hungarian village of Tiszaeszlár, local rumors and suspicions of Jewish ritual murder led to a high-profile murder case in the summer of 1883. Relying heavily on forensic medicine, the prosecution’s case was not proved against the 14 male Jewish defendants, who were proclaimed not guilty on August 3. The trial was closely interwoven with the birth of modern antisemitism in Hungary: shortly after the verdict and a spate of antisemitic riots around the country, Hungary’s first National Antisemitic Party (1883-1892) was formed. “Tiszaeszlár” later became an important... 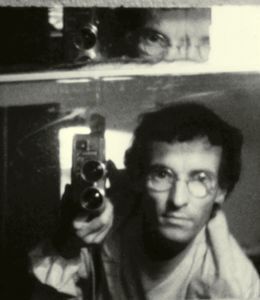 OSA presents András Szirtes's Film Diary 1979-2004: In search of exposition lost. Opening on September 10, the exhibition at Galeria Centralis presents the films,  drawing sketches, written notes and images selected by experimental filmmaker András Szirtes, who has been making films since the late 1960s. For the duration of the exhibition, Szirtes's films will be screened every evening from 7 pm with the active participation of the filmmaker.

Szirtes writes: “Some write diaries, others photograph them.

In 1979, having had directed a number of experimental films of international acclaim (Suburb, Birds, Dawn) and with about ten years of filmmaking experience, I wondered: what if I started keeping a diary on film tape, by way of “my fountain pen is my camera”, or “Man with the Movie Camera”? 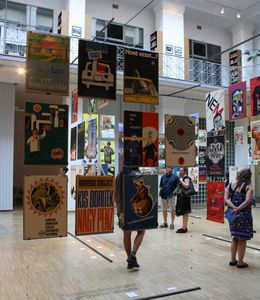 No More Tradition's Chains Shall Bind Us...

The show entitled ‘No more tradition’s chains shall bind us ...’, on view at OSA’s Galeria Centralis, is not a poster exhibition, although it presents almost 300 posters from the period between 1945 and 1989. It is this historical period which has been placed in parentheses by the political Declaration on National Cooperation passed by the parliamentary two-thirds majority on June 14, 2011, and by the similarly-worded National Avowal, the preamble to the new Fundamental Law, passed on April 25, 2011, and which entered into force on January 1, 2012. From the Declaration on National Cooperation: “At the end of the first decade of the 21st century, after forty-six years of occupation and dictatorship, and two turbulent decades of transition, Hungary has regained the right and ability of self-determination...

Bibliotheca - The Future of the Library

The main challenge that arises when imagining the future academic library (of the Central European University, CEU) is one of conflicting approaches: how to preserve the traditional features of the library while incorporating the dominance of digital media. The case in question is the design of a learning environment specific to a graduate institution, where core collections need to be preserved, enhanced, and also transformed into open-ended generators of information.

The “Bibliotheca” exhibition aims to engage the CEU community in a discussion about the future library by providing a visual, conceptual and experimental platform of inquiry into the spatial, infrastructural, technological, and practical conditions of academic knowledge production. By recreating a library space within the exhibition space, the physical layout of... 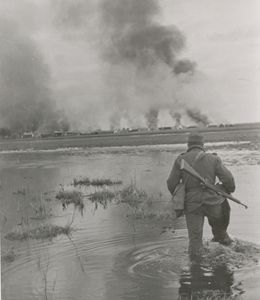 Don - A Tragedy and Its Afterlives

Seventy years ago, on January 12, 1943, the Hungarian army’s defensive positions by the Don River suffered the first large-scale Soviet assault, which was followed within a few days by further attacks. Lacking sufficient provisions and equipment, Hungarian troops were only able to resist Soviet tank charges in an organized fashion for a couple of days. Over the next two weeks, the Second Hungarian Army suffered grave losses: its formation collapsed, many units were surrounded and wiped out, while the remaining bulk of the army abandoned heavy artillery in an attempt to escape the encirclement.

The Don catastrophe has entered Hungarian military history as one of the gravest defeats, and become a defining element in historical memory of the Hungarian story of World War II.