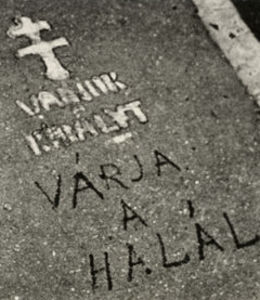 The Illusion of the Republic

As the anti-republican ideology of communism was never as popular and influential among the general public and its thinking as the Doctrine of the Holy Crown, we believe latter to be the most influential notion against republic government.  The Doctrine’s anti-republican nature does not stem from the fact that it requires the context of monarchy. Rather, it contradicts republicanism in its political focus, as it is not the community of citizens it considers to be the subject... 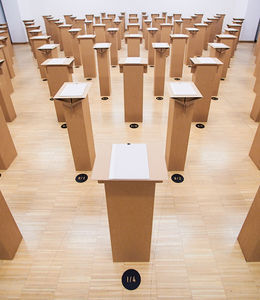 The photo archive of the Crime Scene Investigation Unit of the Budapest Police Headquarters has been transferred to the Budapest City Archives. Among the unorganised, unprocessed negatives of the several tens of thousands of photographs taken between the beginning of the 1950’s and the end...

The year of 1968 started with great hopes in some Central- and Eastern European countries: for a brief moment it seemed that strict ideology was being replaced by political pragmatism. Elements of consumer culture, and even the private sector, appeared; cultural censorship was loosened – or even lifted. The whirlwind of the Western protest movements reached the region as well, while counter culture also left its mark on Czechoslovakia, Poland, Yugoslavia, and Hungary. And similarly to Western youth, young people from behind the Iron Curtain also wanted to correct the mistakes of the previous generation, and found their own voice and their own ways to express themselves. Creating a fictional international youth magazine, the exhibition “Farewell to Spring” presents this thriving and hopeful period of student protests, happenings... 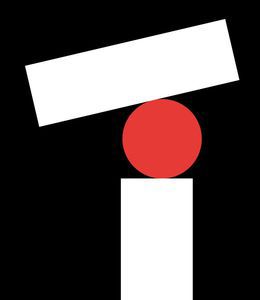 The Therapy is the main exhibition of the Küszöb Festival which reflects on the situation of the youngest generation of artist. The project used the group therapy(Therapy is not the proper psychological term, it would be the self-awareness group) as a tool to be able to show the way how the young artists see today their present and future in Hungary. Two psychologist lead the self-awareness group of the ten young  artists who were chosen by the curator. At the group events the artists started to discuss the personal difficulties of the career-start and tried define the errors of the current institutional system.

Based on the experience of the last years and the therapy the participants aimed to formulate suggestions which could solve the problems of the institutional system, but do not... 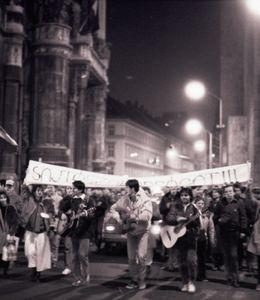 On the morning of March 15, 1848, revolutionaries in Budapest visited the printing presses of Landerer and Heckenast and printed Sándor Petőfi's poem Nemzeti Dal (National Song) together with the 12 demands formulated by the leaders of the revolution. The first demand of this list was: We demand the freedom of the press, the abolition of censorship. The question of freedom of the press is one that today is still being contested both in authoritarian regimes and in liberal democracies where civil liberties seem to be increasingly under threat. The notions of freedom of the press and freedom of speech also impacts...