To keep up with the latest developments in the academic and professional areas of its interest, the Blinken OSA regularly organizes conferences, workshops, public lectures, panel discussions and book launches. Often times involving CEU departments or external partners as co-organizers, these events cover, among others, topics in recent history, human rights, civil society, archival science, information management, digital humanities, and visual studies. We strive to invite lecturers and practitioners who address these topics from a genuinely unique and cross-disciplinary perspective.

All academic events are free and open to the CEU community and the general public. 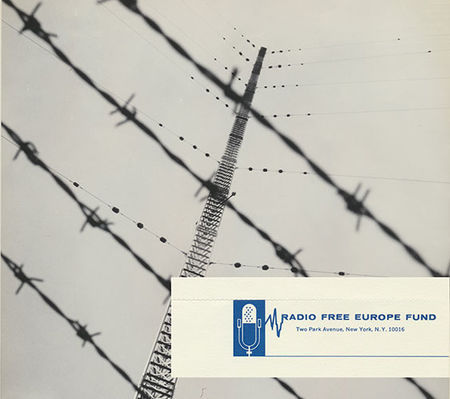 The workshop aims to contribute to the discussion on knowledge practices in times of reflexive disbelief by addressing the role of scholars with regards to different truth regimes. Michel Foucault once remarked that the analysis of “truth” should go beyond the evaluation of isolated statements: truth regimes are power systems which produce and sustain certain truths in a circular way, through political and economic institutions. William Davies of “The Guardian” traced back the current popular skepticism vis-à-vis professional expertise to a paradigm shift in truth regimes: the immediacy of self-revelatory data has been replacing, through a multitude of revelations, leaks and informational wars dating as far back as the Cold War, the interpretative work by experts and journalists. It is worth re-assessing, from this point of view, how historical knowledge about the past can be used to address and carefully interpret facts and events reported or produced by those very informational wars before 1989, when the East and West were systemically opposed. In an era when individuals and academic communities are increasingly divided over matters of common concern, we consider it the duty of both historians and archivists to engage in a more reflexive manner with the problematic nature of records of the past. “Labor Research from Planned Economy to Savage Capitalism” is the title of a workshop conference organized by Voices of the 20th Century Archive and Research Group together with Vera and Donald Blinken Open Society Archives.

The conference is in Hungarian.

Hungarian sociologists in the 1970s and 1980s conducted an immense amount of interview research concerning workers and broader topics of the world of labor, which would be close to impossible today. These researches, by the 2000s, became the standard professional sources of social history. Archives hold several collections that were and could become relevant sources of research. Based on these collections, this conference explores a significant tradition of Hungarian sociology; the research on labor and workers’ everyday circumstances, which began in the 1970s and 1980s, as well as its interpretations in social history and the history of sociology. The conference is inspired by the new collections acquired by the Voices of the 20th Century and the Centre for Social Sciences Research Documentation Centre. “Live” Coverage of the 1968 Invasion of Czechoslovakia

The attached three documents are samples of the close to 4,000 documents to be published online starting August 20, 2018. International Workshop: After ICTY – Prospects for Reconciliation and Transitional Justice in the post-Yugoslav Region

In December 2017, the International Criminal Tribunal for the former Yugoslavia (ICTY) completed its primary task of prosecuting crimes committed during the 1992-1995 Yugoslav wars. Hardly any of its decisions passed without controversies. However, dissatisfaction with and public denials of the last ICTY verdicts can be seen as an indication that the prosecution of war crimes left many questions regarding the establishment of transitional justice in the post-Yugoslav region still open. What have ICTY judgments achieved in terms of justice making in the former warring countries? To which extent did the ICTY verdicts contribute to a process of national and regional reconciliation? What was the role of the ICTY indictments in contesting or reproducing the dominant war narratives among the countries? Was responsibility for the committed crimes in the name of a collectivity adequately assumed?

This workshop featuring speakers from academic institutions and NGOs, aims at elaborating these questions. It will be focused, in particular, on specifying legal and political mechanisms of transitional justice, their moral justification and the possibilities for their application within the post-Yugoslav social and political context. On the 100th anniversary of the Great October Socialist Revolution, Blinken OSA organizes a two-day symposium and public screenings. 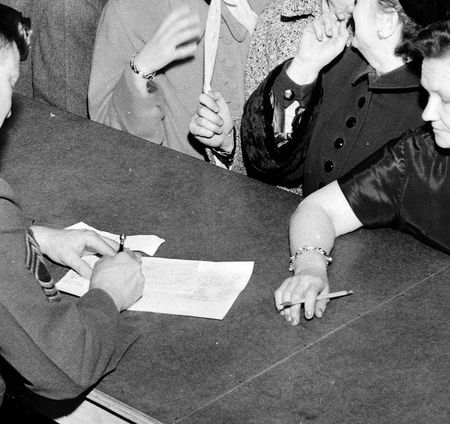 “There is always a before and an after”: documentation, archives and the global refugee crisis

Of all the information and memory professions, the archival field is the one that is most integrally responsible for the long-term preservation of and access to records and other forms of documentation, which are especially instrumental in the lives of people who have found themselves forced to leave their homes and homelands because of oppression, expulsion, war, natural disaster or economic exigency. 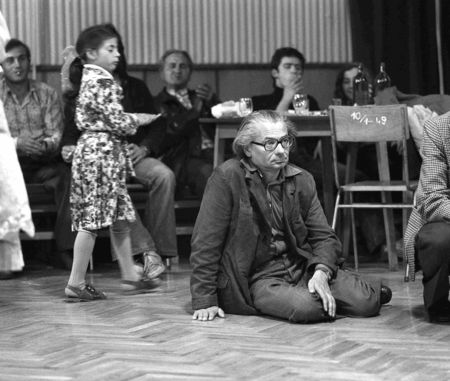 OSA is making the documentary heritage of István Kemény, outstanding Hungarian sociologist, a leading researcher in poverty and the Roma, publicly accessible. On this occasion OSA is organizing a two-day conference in collaboration with the Voices of the 20th Century Archive and Research Framework, where researchers, professionals, artists and activists reconsider the problem of poverty and exclusion, their significance in today’s society, and outline their vision of the future in this field.

Throughout the two days of the conference unique documents, photos and film excerpts of Kemény’s joint creative work with film director Pál Schiffer will be exhibited, and in the evenings visitors will be welcome to watch documentary film screenings with live discussion. On the two days following workshops will be organized for secondary school students with the participation of homeless activists, in order to sensitize students to the problems of marginalized people and social groups. 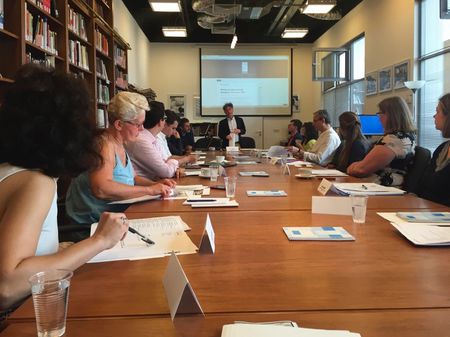 A conference and workshop organized by the Vera  and Donald Blinken Open Society Archives (OSA) focusing on how television influenced and shaped the postwar national identity, recovery and development of the signatory states of the Dayton Agreement, and the lasting effect on their contemporary evolution in the light of a regional reconciliation. At the same time, we will seek to understand and offer new meanings for OSA’s media monitoring collection, which includes state television broadcasts from Bosnia and Herzegovina, Croatia and FR Yugoslavia from 1996 to 1999, by looking at OSA’s newly experimented, self-reflexive (re)archiving and the problems it brought up.

Dehumanization: New approaches to understanding the politics of human nature

Dehumanization: New approaches to understanding the politics of human nature

International and interdisciplinary conference with historians, scientists, philosophers and artists discussing the phenomenon of dehumanization from roughly the 18th century onwards. Public lecture by Thomas A. Dine Call for Applications - The City uploaded: Urban Intersections of Films and New Media The conference was organized by OSA Archivum to bridge the gap between contemporary digital archival practices and academic theory regarding the image of—and the images in—the archive. The Conference organizers, Ioana Macrea-Toma and Oksana Sarkisova, started from a presumption that the potential of new technologies can be best understood by studying the historicity of visual practices and historical imaginations. Given the growing role of visual material in both researching and presenting historical data, the event brought together scholars and specialists in the fields of history, archival science, media studies, film studies, sociology, anthropology, philosophy, and design, and proved to be a successful interdisciplinary event. The conference aims to bridge the gap between contemporary digital archival practices and academic theory regarding the image of and the image in the archive. OSA is pleased to circulate the final program for the 44th Annual Conference of the International Association of Labour History Institutions (IALHI), taking place on September 25-27, 2013 at the Central European University, Budapest. Organized by IALHI, in cooperation with the Central European University and OSA Archivum The Political Economy of Samizdat Training Session Offered by CEU Library at the Bibliotheca Exhibition

CEU librarians will give a presentation at OSA on academic research tools, including open source and subscribed resources. The aim is to demonstrate how open sources can work together with subscribed scholarly databases and web scale discovery services to facilitate teaching, learning and research.

The Common Paths of Piracy and Samizdat: From the Encyclopédie to The Pirate Bay On April 29, 2013, OSA is holding a public conference at which representatives of the profession will evaluate the significance of the TK (The Mass Communication Research Center), and discuss how data on pre-transition public thought are already becoming researchable for the broader profession, thus opening the way for long-term comparisons and analyses. Public lecture by Tomáš Glanc on forms of samizdat production, consumption and exchange.

This one-day workshop brings together archives and library professionals and data management experts to share best practices and knowledge in the field of digitizing cultural heritage collections in non-state institutions in Central Europe. "Who Can Erase the Traces?"

Participants in this panel discussion will elaborate on the role of archives and archival activism in the protection and promotion of human rights.