Meet the Current Grantees of the Visegrad Scholarships at OSA 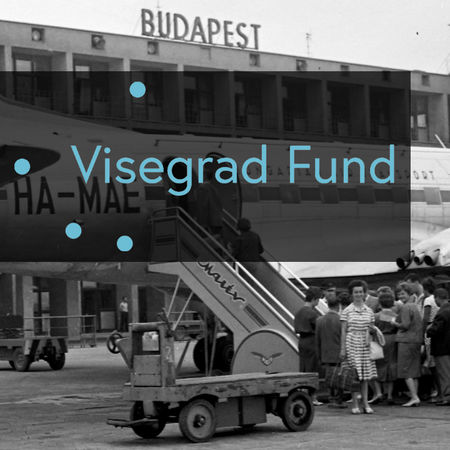 With the Research Room now open, winners of the 2019 and the 2020 calls for Visegrad Scholarship at OSA could begin their work. Meanwhile, deadline for the current call is within days!

The Visegrad Scholarship at OSA is designed to provide access to the Archives for scholars, artists, and journalists, and to cover travel to and from Budapest, a modest subsistence, and accommodation for a research period of eight weeks. Titled “Possibilities of Knowing: Truth Seeking in a Polarized World and [in] Its Aftermath,” the current call invites applicants from the fields of history, the arts, philosophy and sociology to reflect on the conditions of knowledge production during and after the Cold War. Scholars and artists are invited to analyze the documentary practices of different agencies and persons on both sides of the Iron Curtain and assess the truth value of related documents/artifacts.

As a consequence of the COVID-19 pandemic, Blinken OSA had to close its doors first in March 2020, then again in November. With the Research Room reopened in July 2021, winners of the 2019 and the 2020 calls could begin their work. (Also: read our Quick Guide to Visiting the Research Room here!)

Erzsébet Árvay investigates the diaspora-state nexus between the Hungarian People’s Republic and the Hungarian diasporic communities. Following up on Alan Dowty’s 1988 article stating that emigration means a challenge to the sending state because it eludes the “failure of leadership,” she assesses the functions of Hungarian émigrés and the challenges they imposed on the Kádár regime. Árvay will also examine how Radio Free Europe interpreted the state-diaspora nexus, and how this affected the international relations of the country.

Lilla Farkas’s research is revolved around the emergence of the Roma rights movement in the last years of Communism and its immediate aftermath. During her stay at Blinken OSA, she intends to uncover alliances and interlinkages between Roma rights advocates and the International Helsinki Federation for Human Rights (IHF) on the one hand, and the Open Society Foundation (OSF) on the other. Her aim is to understand the role these organizations played in Roma rights mobilization, highlighting the interethnic collaborations that have remained unexplored or disregarded so far.

Andrea Soós will explore the Black Box recordings on the regime change in Hungary, so that by understanding the complex historical background of this era, she can reconstruct László Rajk’s contribution to the political and social change in Hungary. History and politics were integral parts of the artistic practice of Rajk, an architect, artist, and politician, whose oeuvre is an imprint of the period. Soós's goal is to create a catalog of László Rajk’s legacy, and to compile his works in public and private collections.

Eva Schwab will investigate how Radio Free Europe reported on environmental protection in Yugoslavia during the 1970s and the 1980s. Understanding the environment as a battlefield between East and West, she will address the desire on both sides to appear “green,” also reflecting on RFE’s position in this ideological competition. Schwab’s research aims to uncover the ways global power relations shaped and politicized knowledge production on the environment during the Cold War.