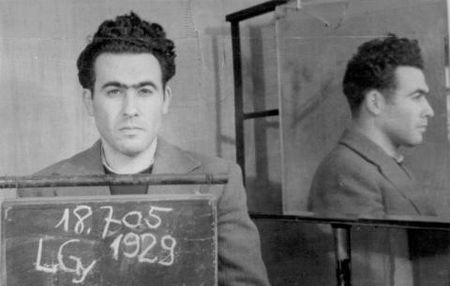 It is a rare occasion for the Archives to receive the library and personal papers not only of one famous figure, such as historian György Litván, but the entire family heirloom of documents and books accumulated over generations. These documents give an insight into the ups and downs of a bourgeois family in the past century.

József Litván (1900–1988), György’s father, was part of the Galilei Circle at the age of 14, and lecturing young workers at 19 (“József Litván was the most popular lecturer, because he was very well prepared and passionate,” wrote his student, the writer Gyula Illyés, only two years younger than Litván.)

Originally aspiring to be a psychologist, young József eventually ended up as a dedicated inventor who played a key role in reviving the Hungarian textile industry.

After the German occupation of Hungary in 1944, he was deported to Mauthausen; his fate was similar to Leó Goldberger's except that József survived the death camp. After the 1956 Hungarian Revolution, he left the country for Vienna; in retaliation, the authorities confiscated the family’s villa built in an elegant neighborhood of Budapest, which became the permanent residence of Minister of Defense Lajos Czinege for more than a quarter of a century. (A scandal broke out when it came to light that Czinege had the residence renovated by draft soldiers.)

József Litván’s autobiography titled Ítéletidő (Foul weather) and the books of his library speak of an open-minded individual, who was well-educated, read literature, philosophy, and theology in many languages. Sociologist Iván Szelényi described him as “a warrior type, who would not accept defeat, who would build the circles of his autonomy even in hell.”

His son György (1929–2006) was a similar character. It is known of him that as a young teacher in a secondary school, at a Party meeting, he looked Communist dictator Mátyás Rákosi in the eye and publicly demanded his resignation. During the 1956 Revolution he was a member of the Revolutionary Committee of Intellectuals, and after the fall of the revolution he disseminated illegal flyers in the name of the short-lived Hungarian Democratic Independence Movement. He was arrested in 1958, tried in the show trial of psychologist Ferenc Mérei, and sentenced to six years in prison by the hang judge Ferenc Vida. 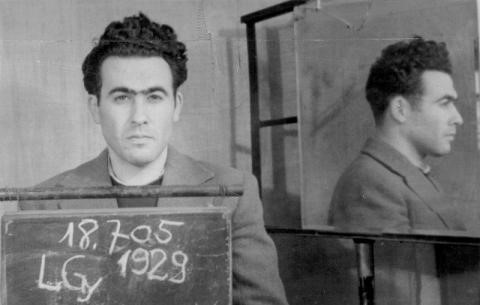 He was released in 1962, and for eight years worked as a secondary school teacher and librarian. Later, he got a job in the Institute of History at the Hungarian Academy of Sciences. In a debate he said, „as a historian I focused on the Leftist thinking in Hungary, on the search for new roads, struggles, and fails”. He played an outstanding role in public life, too: in 1988, he was a founding member of the Committee for Historical Justice and of the Alliance of Free Democrats, and from 1991, the director of the 1956 Institute.

The notes, sources, and literature he collected for his monographies on Oszkár Jászi, Mihály Károlyi, and Ervin Szabó are part of the material.

György Litván’s papers, notes, and letters, now deposited at Blinken OSA, were arranged by his wife, historian Éva Gál, who died in 2021. Her book Lejáratás és bomlasztás (Slander and disruption), available in our library, on the Mérei trial and the Szalai affair is an outstanding volume based on thorough and extensive archival research. 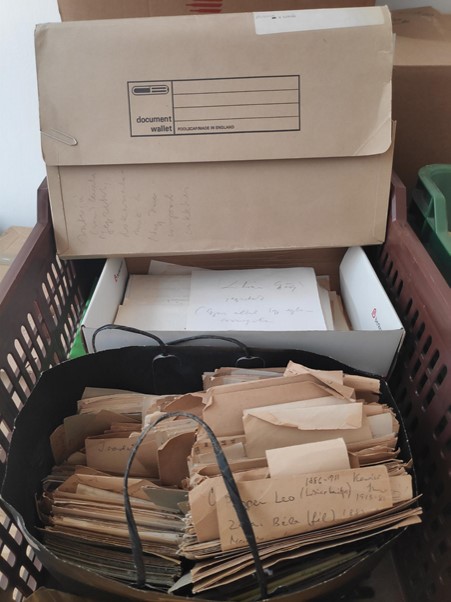 The recollections of Katalin, György Litván’s daughter, can be read in the book Carrying a Secret in My Heart, a compilation of interviews with the children of victims of the reprisals after the Hungarian Revolution.

The deposit will be processed with guidance coming from György’s son, Károly. Besides the family documents and books, the interviews made with family members by the 1956 Institute’s Oral History Archives will be available for researchers at Blinken OSA. 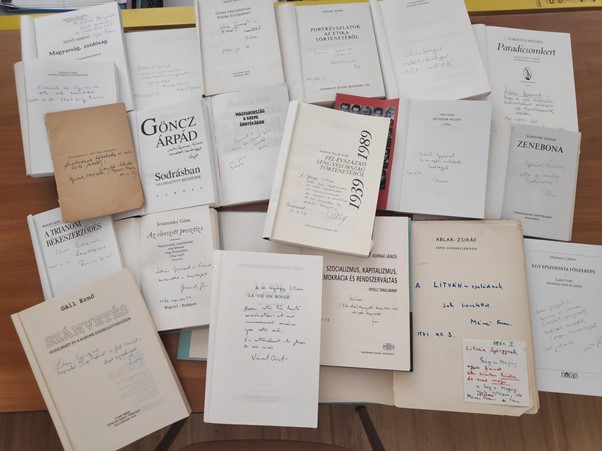 Hundreds of books signed for the Litván family map their professional and personal networks. One of the books in the bottom row is a worn copy of a children’s encyclopedia, still today used in schools, with the dedication by editor Ferenc Mérei in December, 1971. 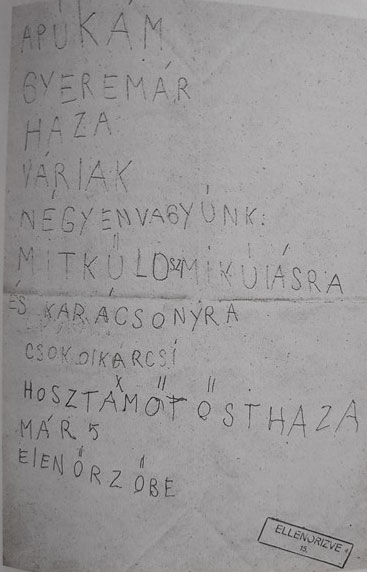 „Dady, comehome I want you”. Letter by seven-year-old Károly to György, unaware that his father was in prison, 1961. Source: Carrying a secret in my heart.