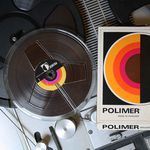 The digitized audio recordings and edited transcripts of Miklós Szabó's lectures delivered at sessions of the illegal "flying university" in Szeged in 1983 have recently been donated to OSA.

Initiated on the basis of the Polish model in the late 1970s, the "flying university" was a typical product of samizdat culture, and consisted of lectures, seminars and consultations held in private apartments by renowned dissident historians, philosophers, writers, librarians and economists on cardinal (and often banned) social, political and historical issues. These meetings were attended by members of democratic opposition groups, flanked by a considerable number of state security agents who did their best to manipulate both the presenters and the audience, and keep them under close surveillance.

The most significant seminar series of this kind was conceived as the Monday Free University in 1978 by the librarian Pál Szalai and the historian Miklós Szabó (1935-2000). Szabó, an expert on Hungarian neoconservative thinking of the early 1900s, who was also among the Hungarian signatories of Charter '77 and a frequent contributor to samizdat periodicals, and who became a prominent liberal politician after 1989, gave lectures on the political history of the 20th century, people's democracies, non-fascist totalitarian regimes and the 1956 Hungarian Revolution.

Among his most popular topics were the unofficial histories of the Soviet and Hungarian Communist parties, which he first spoke about at the Monday Free University in Budapest, and then during two separate sessions in Szeged in spring 1983. The latter lectures were recorded by Attila Jankó, the donor of this material and producer of the transcripts, with Szabó’s consent. The lectures dealing with the Soviet Communist Party were already transcribed and published in 1991, but the audio recordings will become available for the first time at OSA. The digitized audio recordings and the edited transcripts of Szabó’s lectures on the history of the Hungarian Communist Party will be published online for the first time by OSA.

Miklós Szabó’s connections to OSA were many: he began processing the Personal Papers of András Hegedüs, while drafts of his other "flying university" lectures had been previously deposited with us.