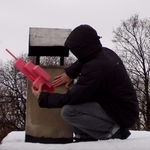 In June, 2013 OSA signed an agreement with the Trust for Civil Society in Central and Eastern Europe (CEE Trust), Warsaw on the acquisition of the Trust’s digital archive after its closure on April 30, 2013. Established in 2000 as a response to the dramatic growth in civil activity and funded by, among others, the Ford Foundation, German Marshall Fund, Open Society Foundations and the Rockefeller Fund, CEE Trust was one of the largest donor organizations in Central and Eastern Europe. Acting as a source of financial assistance and information for civil society in the region, CEE Trust activities covered Bulgaria, Czech Republic, Hungary, Poland, Romania, Slovakia and Slovenia. The Trust contributed to the long-term sustainable development of civil society and non-governmental organizations in the region by supporting both local and cross-border initiatives.

Via its digital repository, OSA will provide on-site access to the entire CEE Trust archive, which consists of more than 33,000 documents, organized into around 6,500 item groups, and which covers institutional records (annual reports, audits, internal policies), as well as grant files (proposals, evaluations, grant contracts, reports) from the last decade. In due course, a considerable part of the archive will be also accessible online.