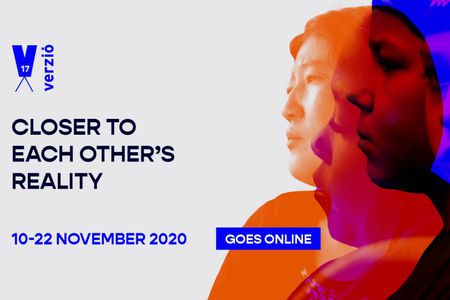 In 2004, Árpád Göncz opened Hungary's first human rights film festival at the Toldi Cinema, and the entire OSA staff helped guide visitors at the event. We have strived to maintain this familiar atmosphere while growing into one of the most visited film festivals in the country. It is a wonderful feeling to be part of an annual experience with films that open something in us, that makes us think, that start a dialogue with the person sitting next to us, and that give us an experience that accompanies us beyond the cinema hall.

We are thrilled to announce that the 17th Verzió International Human Rights Documentary Film Festival will be opened by the FreeSZFE community - including students and teachers alike. The event will be broadcast live from Trafó.

The citizens of the University of Film and Theater Arts Budapest (SZFE) have been occupying their university for more than 70 days. During this time, they have not only fought for the autonomy of higher education but have also come to know each other and themselves better. They have learned a lot about the world around them. Students have continuously recorded the events taking place around the blockade both for themselves and later, hopefully, for the world. The occupation of the university is still taking place, therefore their film is still in the making. Their performance at the Opening Night of the 17th Verzió International Human Rights Documentary Film Festival, however, will give us a glimpse into the process of making a community documentary. The performance will also introduce us to the citizens that have been blockading the buildings of their university for more than two months

The timetable of the Opening Night

The Opening film 76 Days, a Chinese documentary shot in a Wuhan hospital during the first months of the coronavirus outbreak (Viewer discretion is advised.) will be available from 7:00 pm November 10 at festival.verzio.org.
Go to the site and register with a free user account.
To watch 76 Days for free, go to the film’s page, click on the “Kölcsönzés” (Rental) option, and enter the promo code: 76NAPVERZIO
Once the first 200 viewers have “rented” the film, another 400 tickets will be made available at the price of 900 HUF.
More information about tickets and passes can be found here.

9:30 pm Q&A with Hao Wu, director
During our online discussions, you will have the chance to ask your own questions in real-time but you can also prerecord questions and messages to filmmakers on the films' page