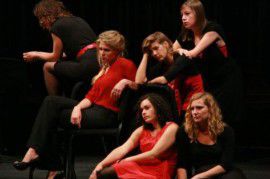 On December 15, OSA is screening a recording of Iván Fischer’s opera, “The Red Heifer”, a one-act grotesque lyrical work about the Tiszaeszlár trial.

Iván Fischer is the founder and musical director of the Budapest Festival Orchestra. He writes:

"I have been thinking incessantly about composing this opera for 25 years now. The Tiszaeszlár Affair becoming a contemporary hot political issue finally helped me. The same responses, stereotypes and petrified, unreasonable prejudices appear nowadays, just as if we were back in the Red Heifer Inn in Nyíregyháza in 1883. Following in the footsteps of Gyula Krúdy, who wrote a beautiful book on this subject, I too do not endeavor to be objective. There can be no objectivity in the blood libel case. The main topic of the opera is not the court case itself, but rather the “psychological mystery” (Krúdy) of how the showcase trial conjecturers won over the 13-year-old Móric Scharf to be their crown witness."

The libretto draws on the novel by Gyula Krúdy, letters by Lajos Kossuth and poems by Lajos Parti Nagy. The scores uses one song, “Hey, Jewish girl”, while the rest is Fischer’s own composition. The opera premiered on October 18, 2013 at the Millenáris Park in Budapest, and the recording was directed by Tamás Ascher and Kriszta Székely.

This screening is part of a series of events that accompanies the exhibition False Testimony by Hajnal Németh and Zoltán Kékesi.