Blitz Conference on the Republic 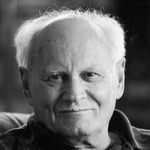 "Perhaps everything is not the way it is"

Blitz Conference on the Republic

OSA organizes a one-day conference on the occasion of the 90th birthday of Árpád Göncz, the first President of the third Hungarian Republic. Yet, this will not be a celebration. Today that republic, the climax of Mr. Göncz’s career – and of many others’ –, lies in ruins. How did it fall? How can we move forward? Philosophers, literary critics, economists, sociologists and historians have been asked to spend ten to fifteen minutes summarizing their refelctions on the past twenty years and the prospects for the future.

The conference is in Hungarian and free of charge.