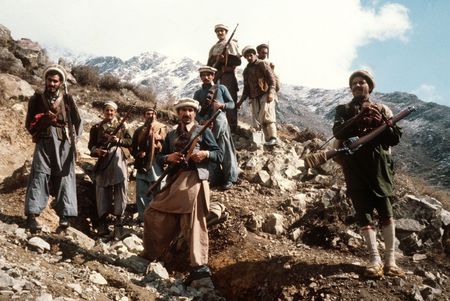 The Soviet intervention in Afghanistan unleashed the last major international armed conflict of the Cold War period. Paradoxically, Afghanistan had never been a central area of the Cold War before the outbreak of the conflict. In the 1960s and 1970s, both the Western world and the Soviet bloc regarded the country as a neutral buffer state where they had only limited interests: sustaining political order and keeping the rival side at a safe distance.
However, the overthrow of royal rule in 1973 and the Communist takeover that followed, after a chaotic interim period, in 1978 shook the political stability of Afghanistan. At the same time, General Zia-ul-Haq`s coup d`état in Pakistan in 1977 and the Iranian Islamic revolution of 1978 upset the former balance of power in the region.

The communist coup d’état in Afghanistan and the intransigent and radical social and political reforms imposed by the central government rapidly pushed the country to the brink of civil war. While they were losing control over large areas of the countryside, the Communist rulers put down all resistance in Afghan society, suppressing local protests and uprisings with brutal terror-tactics.

The Soviet leadership was initially reluctant to intervene, but their ideological commitment and the fear that the US would exploit the crisis to increase its influence in Afghanistan eventually convinced them that military intervention was unavoidable. It was a fatal decision in every way. It brought a bloody war upon Afghanistan with extreme suffering and a massive toll in human lives. The moral, political, financial and military strain largely contributed to the collapse of the Soviet empire and undermined its control over its Central and Eastern European satellites. Undeniably, the Afghan-Soviet war brought the political transitions in Eastern and Central Europe closer.

However, the end of the Cold War and the collapse of the Soviet empire did not bring peace to the people of Afghanistan. The war left behind a country in ruins with a high level of frustration and intense hostility that led to a new phase of civil war which has never come to an end. Moreover, the last major conflict of the Cold War proved to be the first one of post-Cold War times. The new type of Islamist radicalism that was partly born on the bloody battlefields of the Afghan-Soviet war still exerts a huge influence on global politics. In retrospect we can see a clear historical link between the fatal consequences of this war and the rise of global terrorism, the 9/11 attacks and their aftermath, and the ominous global trends since the millennium, including the recent migration crisis. The Afghan-Soviet war is still very much with us.