Education for Democratic Citizenship? On the 80th Birthday of Mihály Csákó

I usually encounter three typical reactions when I mention that I deal with education for democratic citizenship (for the sake of simplicity, let us call it “democratic civic education”): firstly, a wry grin signalling that my conversation partner has no idea what I am talking about (most people, but especially my parents’ generation). Secondly, a fierce indignation that there is no need for civic education, and we know all-too-well how similar top-down, compulsory programs turned out (my grandparents). If I were to add that similar programs can be found in Hungarian high schools incorporated into the subject History, their eyes light up that oh yes, I remember we had something like this, but we learnt history instead, as we were behind schedule (my classmates). I believe that these examples illustrate well the status of democratic civic education in Hungary; most people have no knowledge about it, others categorically reject it, while students, who need it the most, only ever heard speak of it. This is what Mihály Csákó, born 80 years ago today, who has studied young people’s political socialization for three decades, called “the deficit of democratic civic education.” In the following, I will explain why there is a grave need for civic education, relying on Mihály Csákó’s personal papers donated to Blinken OSA.

Forrás. [Source., or Boiling point] is a blog series by the Blinken OSA staff at the Hungarian news website 444.hu. Réka Heszterényi is Assistant Archivist at Blinken OSA working on the Mihály Csákó Personal Papers. Her post originally appeared on osaarchivum.444.hu in Hungarian. 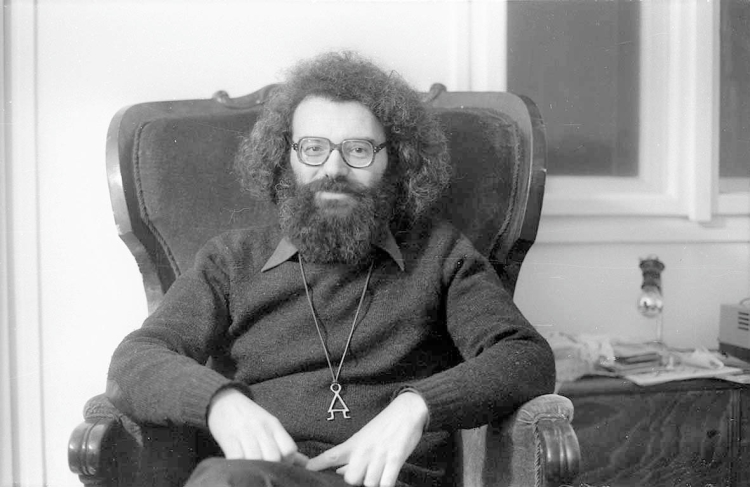 Education for democratic citizenship is the process through which students acquire the skills, attitudes, and knowledge, which contribute to them becoming active citizens. They learn about their rights and responsibilities, the relationship between the individual and the community, and get to know the implicit and explicit rules of living together, as well as how political institutions work and how they can take part in decision-making through voting and beyond. It is equally important that they adapt what they have learnt to their own life, so that they don’t consider their civic rights and duties as mere school lectures. Instead, they should be able to make use of them in the future in a variety of situations. Consequently, one cannot learn citizenship (only) from books, therefore, next to knowledge transmission, non-formal education and competence building are given a prominent role, especially improving the so-called “soft skills,” such as cooperation, conflict management, debate techniques, and social skills (empathy, tolerance). Through student governments, students can take part in the making of school rules (they have a right to opinion); school newspapers, school radios can be platforms for self-expression, while debate clubs can strengthen debate skills, independent opinion, and peaceful disagreement. Giving students the space, autonomy, and tools to realize the problems of their communities and to collectively work on resolving them is vital.

The platform for democratic civic education in the latest Hungarian National Core Curriculum (NAT) is first and foremost the subject area Citizenship studies, which is closely intertwined with national defense education and local patriotism. Even though the 2020 NAT has progressively made Citizenship studies an independent subject, it is only required to be taught at grades 8 and 12 in a rather low number, one class per week. It is usually left to history teachers, and not taught by specifically trained professionals—if taught at all, as, practice shows, in most cases due to the heavy workload and a chronic teacher shortage there is no time left for Citizenship studies. Not to mention that student-centered methodology and experiential learning (which are supported by NAT) are complete opposites of the average Hungarian school based on frontal instruction and hierarchical relations. 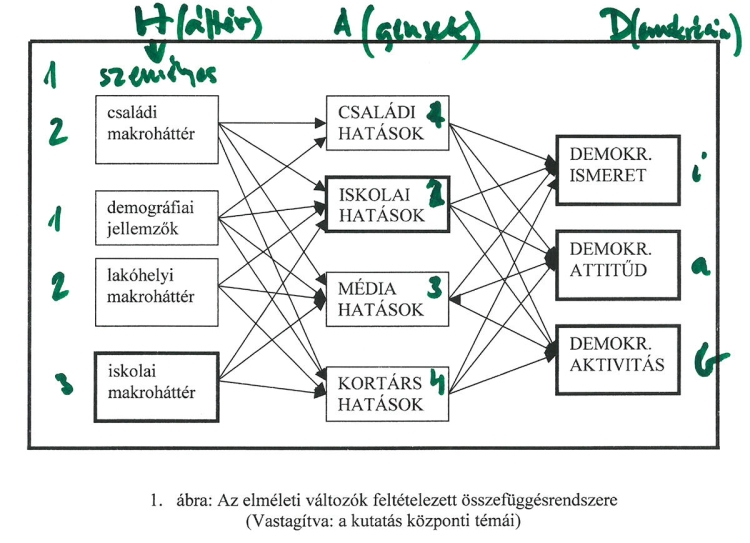 Since the rise of mass education in the 18th–19th century, one of the main purposes of education has been to legitimize the ruling system, strengthen a national identity, and bring up loyal citizens, mostly through citizenship education. Is it then, one may ask, in the interest of respective governments to educate for democracy? Moreover, the problem is made worse by the lack of agreement on how to call democratic civic education: whereas under the English search terms “civic(s) education,” “civics,” “citizenship education,” there is extensive international literature, it is much harder to find what I call democratic civic education using the most common or similar Hungarian names for it (“társadalomtudományi ismeretek,” “állampolgárságra nevelés,” “állampolgári nevelés”); therefore, it takes thorough work to find Hungarian literature. Not to mention that those who de facto deal with democratic civic education, almost never use this expression, just parts of it (e.g., debate culture development). In consequence, it is challenging to synthesize theory with practice, even though there is a wide variety of excellent handbooks published by NGOs, and teachers and NGO workers do conscientious, gap-filling work in education for democratic citizenship, oftentimes against the current.

Mihály Csákó, born 80 years ago today and passed away in 2019, was among the first in Hungary to research young people’s political socialization, as well as several other topics closely related to democratic civic education (e.g., student’s rights and governments). He was made to become a sociologist in 1971 after he was no longer welcome at Eötvös Loránd University due to his reform proposal for the teaching of Marxist philosophy. Later, he was laid off from the Central Committee of the Hungarian Socialist Workers' Party's Institute of Social Sciences because he signed the Charter 77 declaration and ran an informal and secret employment agency (“MUKI” or “KUKI”) for unemployed intellectuals; also, his flat was a samizdat distributor venue. He also took an active part in public life after the regime change, among others as a board member of the Democratic Union of Scientific Workers, and as a manager at the Democratic Confederation of Free Trade Unions, which he also represented during the Hungarian Round Table Talks.

Excerpt from a filled-out questionnaire of the Seventh graders research series; the question “What is democracy, in your opinion?” answered with “Maybe it's what we have here?”
(Mihály Csákó Personal Papers)

It was thanks to sheer luck that Csákó found the topic that remained his passion for the rest of his life. His co-author and friend, Ilona Liskó, filled in one of his university classes, and encouraged the students to carry out fieldwork. Csákó, who was an enthusiastic teacher, agreed, and started to collect the sporadic literature, then together with his students they prepared a questionnaire. That is how they started to investigate teenagers’ relation to politics first in 1989. Several topics were covered, such as about what and with whom students conversed, their relationship with their parents, media consumption, religiousness, political opinion per say, as well as the inclination to activism.

The Seventh graders research series, as it was known informally, covered three primary schools based in Budapest, and four years later six classes of seventh graders; in 1998, the sampling was extended to Debrecen and Győr. The research was repeated every election year, in every four years, in different types of schools. These surveys highlight that between 1990 and 2010, the political interest and activism of young people has constantly decreased, while there was a fluctuation in their political knowledge. Even though these data are not comparable, and its evaluation should also consider the changing meaning of politics, the database on young people’s socialization is unique and to this today, is the only longitudinal research series in this topic. 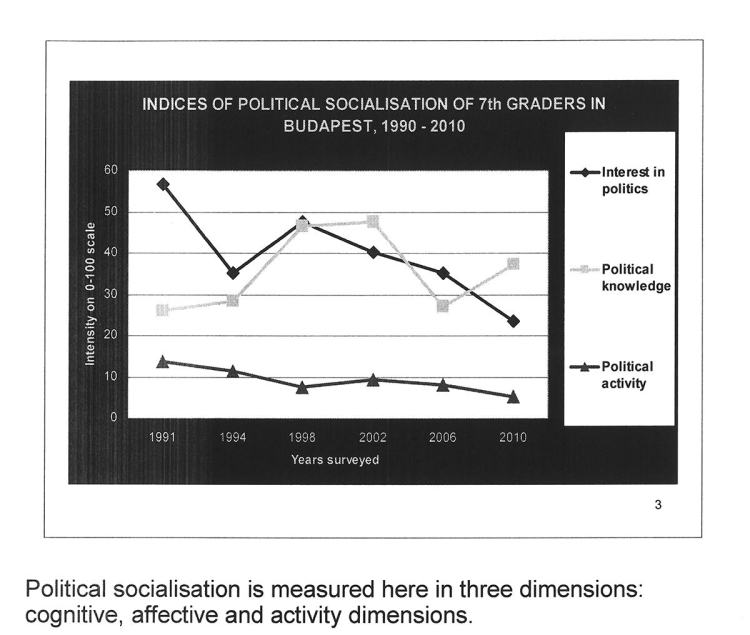 The subsequent School and society research series explored similar topics, and its results were highly publicized. The first version, in 2005, was carried out in Budapest and four counties, and revealed that a four-fifth of the students supported anti-democratic principles like control and one-party political systems. The 2008 survey showed similar results. The research was repeated in 2017, although only covering schools in four cities (Budapest, Pécs, Debrecen, Győr). The result was between 60–66% among students in Budapest. In light of the research data and the reality around us, I need not increase the word count with asserting how important education for democratic citizenship is. However self-explanatory it may sound, no one is born an active citizen, and we cannot expect students to suddenly become critical, responsible citizens upon finishing school after 16–20 years of passivism. We often use the cliché that the youth is the future. But we should not forget that unless we guarantee young people the opportunity to study and practice their citizen rights and responsibilities in the present, we should not expect anything good in the future—and definitely not democracy.

To my knowledge, both research series came to an end with Csákó’s death in 2019. Mihály Csákó—or Misi as he was known for his colleagues and friends—was devoted to democracy and students throughout his entire life. Besides research, he paid great attention to supporting the next generation; he taught at the Sociology Institute of Eötvös Loránd University, at its successor the Social Sciences Faculty, and after his retirement at the John Wesley Theological College. Moreover, he was a well-respected mentor and friend to the Independent Youth Parliament; his hard work was honored with a Democratic Education Prize in 2017. One of his greatest talents was that he spoke the language of students and supported them on equal grounds, which is summed up perfectly in his CV under the skills section “Teaching—making complicated things comprehensible.” Even though I didn’t get the chance to know him, I look up to him, and do my best to organize his collection with great care. Misi was a democrat in every walk of his life, and can serve as an example to all of us on how one can support students to become active makers of democracy.

The Mihály Csákó Personal Papers will soon be available for research at Blinken OSA.