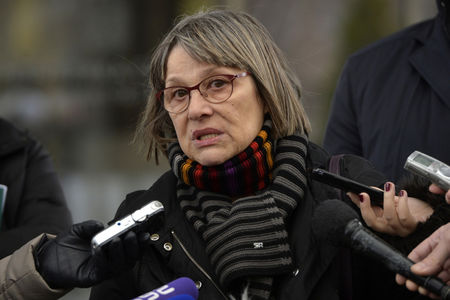 Nataša Kandić, the founder of the Humanitarian Law Center (HLC), an NGO documenting human rights violations across the former Yugoslavia, along with five other human rights defenders, organized a protest against Vojislav Šešelj's book launch. Although the International Criminal Tribunal of the UN found Vojislav Šešelj guilty of crimes against humanity and sentenced him to ten years in prison in 2018, today he is the leader of the Serb Radical Party (SRS), and a member of Serbian parliament. At the book launch on February 5, he was promoting his latest book, in which he denies the Srebrenica genocide. The protesters were physically attacked and removed from the event by force.

The human rights defenders (members of the HLC, the Youth Initiative for Human Rights, and Forum ZFD) intended to hand out copies of an HLC report detailing Serbian war crimes committed against Croats, documents that had a crucial role in Šešelj's Hague trial as well. Speaking to the Belgrade office of Radio Free Europe, Nataša Kandić said that, regardless of their sex, they were pushed to the ground and kicked by SRS members following an order coming from Šešelj, the party's leader. Ivana Žanić, executive director of HLC, shared a video showing this on her Twitter channel.

Blinken OSA condemns both the suppression or denial of facts on crimes against humanity, as well as physical violence. As an archive preserving significant collections on crimes against humanity, the 1995 Srebrenica massacre, and the consequences of the Yugoslav Wars, OSA has a long-standing professional relationship with Nataša Kandić and the Humanitarian Law Center. We express our support and sympathy for the attacked human rights defenders.