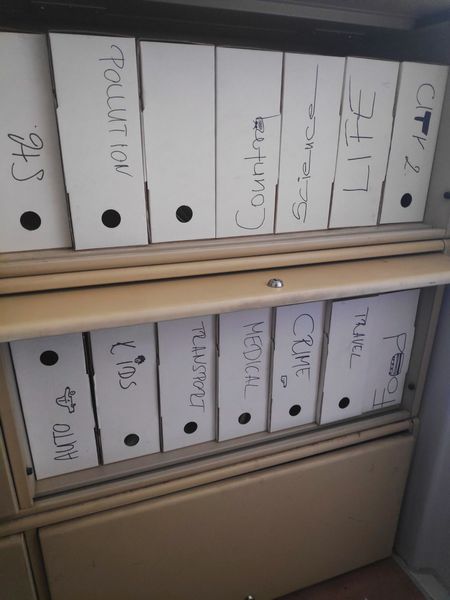 What is in common between the first independent English-language newspaper of Hungary and the first English-language private archives of the country? The answer might sound banal: in the pioneering years, they both had offices on Eötvös Street. Little did they know, that thirty years later their paths would cross in an ambitious archival endeavor.

The Budapest Week was the first independent English-language weekly in Hungary, founded in March, 1991, by Rick Bruner, Steve Carlson, Richard W. Bruner, Tibor Szendrei, and Blake Steinberg. Peter Freed financed the paper from 1992, and remained its owner until the Budapest Week ceased printing around 2000.

Thirty years have passed, and the founders of the Budapest Week contacted the Vera and Donald Blinken Open Society Archives to launch a common project, and to help to digitize, process, and host the first four years of the Budapest Week, with the aim of preserving and celebrating the legacy of this newspaper. Further steps were taken to gain permission for its online publication from the legal copyright holder Peter Freed, who was willing to help.

The project took off with digitization, and we have completed the first year of the newspaper by now. In the meantime, the partnership has grown, and has become more aspiring in its undertaking. The Blinken OSA and two of the founders, Steven Carlson and Tibor Szendrei, partnered up to look for documents, testimonies, interviews relating to the early years of the paper, as well as the photo documentation of those years.

We are happy to announce that forty-three paper boxes of photos have been deposited at the Archives by Peter Freed. Thematically arranged, the photo archives of the Budapest Week also represents the turbulent but promising years after the regime change in Hungary, thus serving as a rich documentation for the researchers of the time.