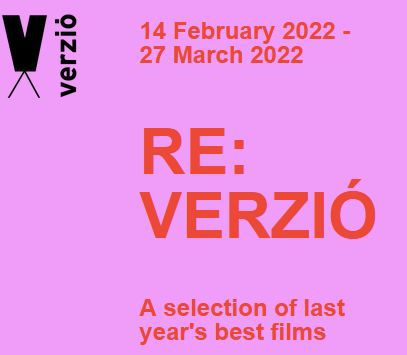 Twelve of the films screened at the 18th Verzió International Human Rights Documentary Film Festival will be available to watch online, on the festival website, from February 14 until March 27, thanks to Re:Verzió. The films can also be viewed at live screenings at the Apolló Cinema in Pécs, and at the Megálló Community Center in Szeged.

During these six weeks, you can watch one of this year’s Oscar-nominated films, Writing with Fire, a documentary about the reporters of India’s only Dalit women-led newspaper. And in case you missed them in the autumn, you can also watch Arica, the winner of Verzió’s Best Human Rights Film Award, as well as the Special Mention winner Brotherhood. The film Courage follows the brave fight and peaceful resistance of its three protagonists over the course of protests organized during Belarussian presidential elections, and presents contemporary Belarus from a subjective perspective. Rami Farah’s documentary, Our Memory Belongs to Us, focuses on three Syrian activists whose meeting, almost 10 years after the Syrian revolution, offers a unique insight into the complexity of the Syrian situation.

100UP is also available, which shows the lives of people over the age of one hundred, from all over the world. The film Four Seasons in a Day explores feelings around Brexit through scenes shot on a ferry carrying commuters between Ireland and Northern Ireland. You can rewatch Taming the Garden, the story of a billionaire politician’s exceptionally destructive hobby, and of the needs and values of Georgian society today. The documentary Hey! Teachers! gives a glimpse into a Russian secondary school in a small town, where two recently-graduated teachers from Moscow go to teach.

Out of the Hungarian titles, Alexa Bakony’s Colors of Tobi, which won the Best Hungarian Film Award at last year’s Verzió, can also be rewatched. The film is about Éva and her 16-year-old child, who recently came out as a transgender youth. You can watch This Cannot Be Atoned For, by László Halász, a film introducing Vilmos, who spent twenty years in prison for homicide. Kata Oláh’s film My Digital Nomad was the most viewed film of last year’s Verzió.

The films available on the Verzió website are all works that cannot be watched anywhere else in Hungary. All ticket sale proceeds will be used to develop the School Verzió and UniVerzió programs, which support the educational use of documentaries. Our free high-school and university programs have reached over 25,000 young people in the past 18 years.

To learn more about Re:Verzió, visit

The 19th Verzió International Human Rights Documentary Film Festival will be held in November 2022. We are accepting submissions for films in three categories until May 31, 2022.

For more information about the application process, visit