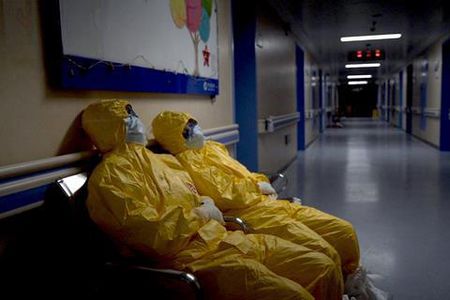 Audience favorites from the most recent Verzió available for limited-time streaming.

Every spring, some of the best films from the Verzió Festival are rescreened at the Blinken OSA. This year, due to the pandemic, the films are made available online on the Verzió website. Audience favorites from the 17th Verzió International Human Rights Documentary Film Festival will be available from February 15 through April 30, in the frame of Re:Verzió. The fifteen films cannot be found elsewhere in Hungary, and for most, it may be their last chance to be viewed.

Tickets for these films are free of charge, or can be purchased for a symbolic price. All ticket sale proceeds will be used to purchase the rights for I Am Greta, for educational purposes and film club screenings. These films are only available for streaming within Hungary. Hungarian subtitles will be provided for all non-Hungarian-speaking films. A limited number of tickets are available for each film. When fewer than 100 tickets are left for a given film, viewers will be notified via the Verzió's Facebook page.
More information can be found at https://www.verzio.org/

This year’s Re:Verzió selection includes Hungarian films like Ilona Gaal and Balázs Wizner's film Terminal Stage, the Audience Award-winning film of the 17th Verzió; and Give Me Shelter, which received the Best Hungarian Film prize in last year’s Hungarian Competition. The hugely successful opening film, 76 Days, will be also available. This Oscar-shortlisted documentary shows the first days of the COVID-19 outbreak in Wuhan, China. I Am Greta and Maddy the Model offer a glimpse into the unique life journeys of their young protagonists, while in It Takes a Family, the grandchild of Jewish Holocaust survivors realizes that the war never ended for her tormented family. Talking About Trees and The Earth Is Blue as an Orange demonstrate the special power of filmmaking. Ai Weiwei’s documentary, Vivos, provides lyrical insight into forced disappearances in Mexico and how they impact family members. Overseas and Freedom Fields tell the fate of women in distant societies, while The Wandering Chef takes spectators to the Korean Peninsula, in search of special ingredients. Eszter Hajdú's film, Tamás Barta – Hurry, Mom’s Waiting At Home can be seen along with the only animated documentary in the repertoire, Kostya Proletarsky, which sheds light on Russia’s drug policy. We Hold the Line, a documentary in which journalists at Rappler are the last sentinels in the worst days of the Duterte dictatorship in the Philippines, will also be shown.