Blinken OSA is happy to announce that the photo series composing the archival fonds HU OSA 462 Photographs of the Dialogue Peace Group is now accessible in our Research Room and on the OSA Research Cloud. Donated to the Archives by Professor and former pro-Rector at CEU Zsolt Enyedi, the photos document a lesser-known street happening of the Hungarian independent peace movement, the Dialogue Peace Group.

The Dialogue Peace Group was established in 1982 with the intention to launch a conversation between the Eastern and Western peace movements divided by the Iron Curtain. Their activity mainly comprised organizing lectures and public discussions, carefully distancing themselves from the emerging democratic opposition. For more than a year, the group succeeded in collaborating with the official Hungarian peace body and keeping at the same time close contacts with Western peace organizations. Yet, feeling threatened by the group’s growing popularity, the Hungarian state launched a series of intimidating actions against members in 1983, resulting in the group’s dissolution in July. Not all members agreed with the dissolution, however. Younger and more radical activists soon started organizing themselves again, this time in a more oppositional manner, with higher emphasis on street appearances.

Providing insight into the post-dissolution period of the Dialogue Peace Group, a unique actor in the 1980s political scene of Hungary, the collection captures the street happening titled Funeral of the Known Soldier, performed by three group members (including Enyedi) on October 29, 1983. At Blinken OSA, the photos were scanned by Lenke Szilágyi, and processed and cataloged by Judit Hegedűs.

More details on accessing the Blinken OSA Research Room (temporarily on the 3rd floor of the CEU Library)
or the OSA Research Cloud here! 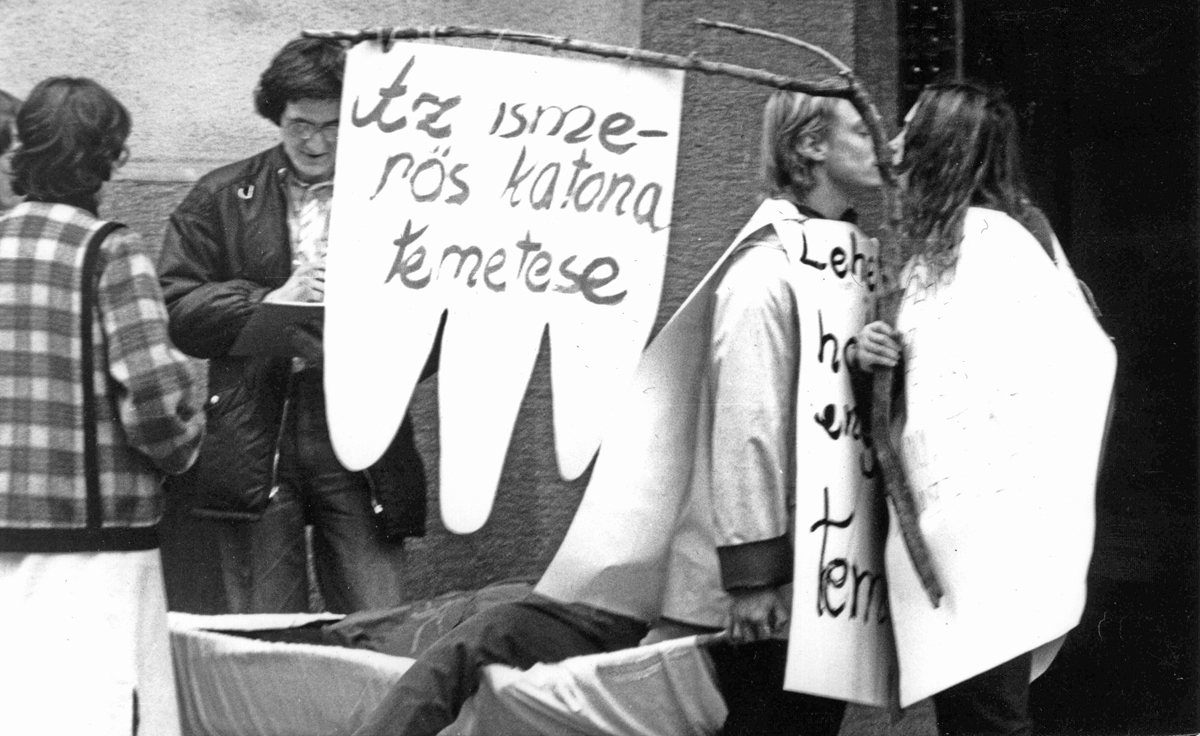