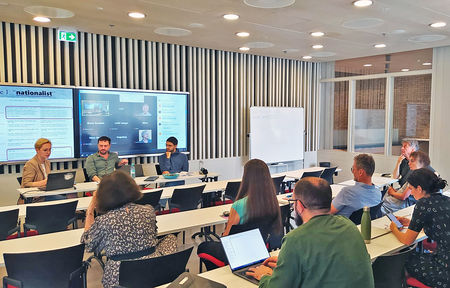 As a result of the Slavic Archival Collection internship program at Blinken OSA (started in December 2021), metadata was significantly enhanced for several archival series in the subfonds HU OSA 300-80 Soviet Red Archives (SRA) and HU OSA 300-85 Samizdat Archives (SA). Both SRA and SA were separate units within Radio Free Europe/Radio Liberty, and operated between 1953/1956 and 1994.

Secondly, new content summaries have been added to 32 boxes of HU OSA 300-85-12 Subject Files, an archival series in SA primarily comprising press clippings, news agency releases, and radio transcripts revolved around the political and intellectual life in the Soviet Union. The new folder-level descriptions strive to comprehend and neutralize the political metalanguage of Soviet press, in crucial events such as the Chernobyl disaster or the debates on the commemoration of victims of Stalinist repressions. Also as a reaction to the current Russian war of aggression against Ukraine and the Russian media’s role in it, Blinken OSA experiments with finding a way to add context to these sensitive archival documents—thus aiding researchers—without reproducing the politically loaded vocabulary of their contents.

The new content summaries so far are published in the series’s Finding Aids!

Examples for the challenges of this effort are the files related to Ukraine’s path toward independence in the early 1990s, displaying how the Soviet press consistently labelled popular movements as nationalistic. The new descriptions include “nationalist” with regard to organizations only in their names (as in Orhanizatsiya ukrayins'kykh natsionalistiv, Organization of Ukrainian Nationalists). Similarly, while the files on 1980s Soviet Union reveal an astoundingly rich civil society—suggesting an inherent commitment to democracy—, propaganda at the time demonized such initiatives as the “Satanic influence of the West.” 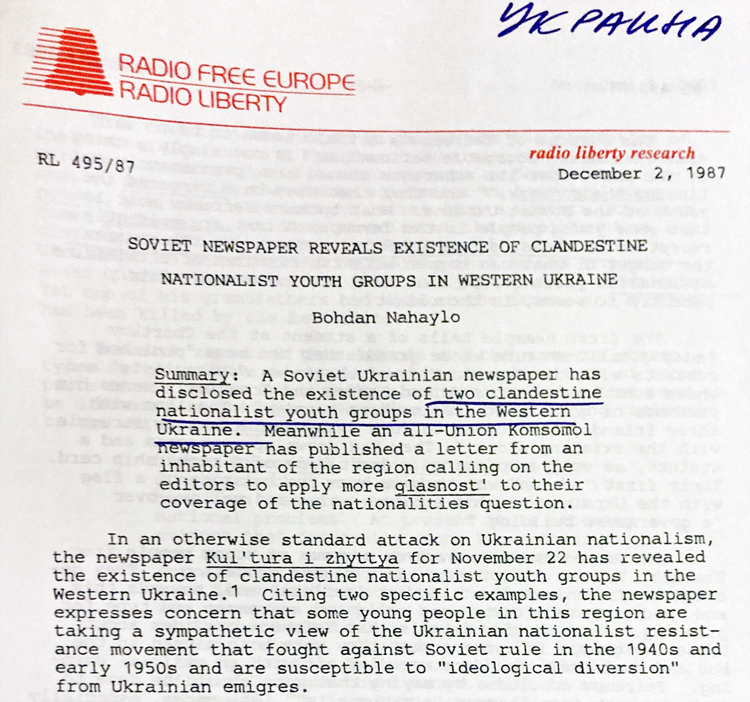 The Slavic Archival Collection internship program is supervised by Anastasia Felcher, Blinken OSA Archivist for the Slavic Collection. As part of the program, metadata enhancement of the above series was implemented by Evgeny Beliakov, who has spent a 3-month internship at the Archives as Assistant Archivist, before starting his PhD at the University of Helsinki, and Marco Gabbas, who has spent a 3-month internship in the same position and is currently finishing his assignment as CEU Budapest – OSUN Postdoctoral Fellow at Blinken OSA. Their tasks required awareness of the region’s complex history, and especially of the Soviet Union’s collapse and the wider transition period.