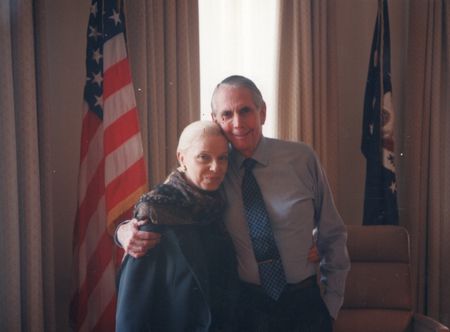 The Vera and Donald Blinken Open Society Archives at the Central European University is sad to share the news of Donald Blinken’s passing. We lost an exemplary public figure, for whom the tireless service of the public, the unwavering devotion to higher education, art, and the democratization process, were of paramount importance. Blinken OSA has been carrying the names of Vera and Donald Blinken since 2015; we mourn a prominent diplomat, a good human being, a friend of the Archives and CEU. We have our hearts go out to his wife, Vera Blinken, and his family.

In Budapest in March 1994, Donald Blinken was sworn in as the United States Ambassador to the Republic of Hungary. He served until November 1997, at a crucial time, during the process of Hungary’s becoming member of NATO. As ambassador, he promoted the country’s accession to the Western military alliance, a decision also reinforced by a national referendum. He played a defining role in setting up the Taszár Air Base, the logistical base for the IFOR and later on for SFOR peace keeping operations in the Balkans. For his accomplishments and services as the U.S. Ambassador in Hungary, he was awarded the Republic of Hungary’s highest civilian honor and the U.S. Department of Defense Award for Distinguished Public Service. 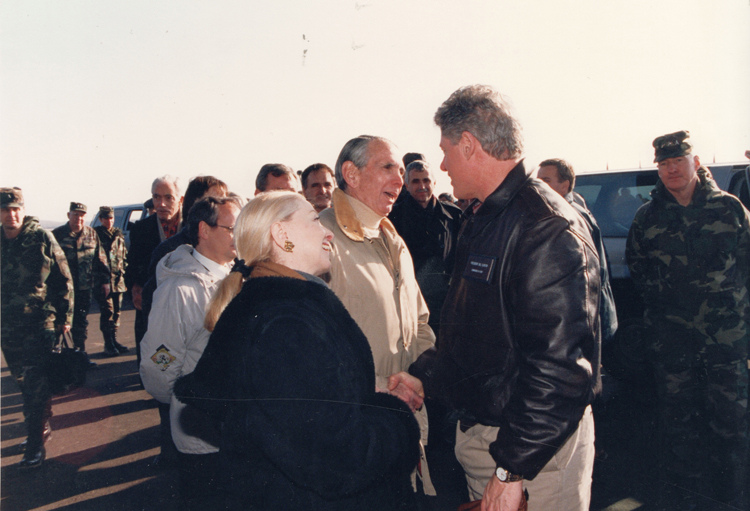 Vera and Donald Blinken with President Clinton at the Taszár Air Base in 1996.

With his prior experience as Chairman of the Board of the State University of New York, during his tenure as Ambassador in Hungary, Donald Blinken provided crucial help and support to the Central European University in the early years of its existence. In 1998, he was named Chancellor of the International Council of Central European University and subsequently became a member of its Board of Trustees, and served as one of the Emeritus Trustees of CEU. Decades later, when the Hungarian government started its attack against academic freedom, freedom of thought and research, against the autonomy of higher education, when in 2017, the Hungarian Parliament passed the so-called “Lex CEU” that forced the university to move its teaching programs to Vienna, Ambassador Blinken publicly stood up against these authoritarian measures in support of CEU; we are grateful for his generous gesture.

He was appointed a member of the Special Presidential Nomination Panel for the U.S. Court of Appeals by President Carter, and served as Secretary-General of The World Federation of United Nations Associations from 2000 to 2004. He was a member of the Council on Foreign Relations, the Advisory Board of the National Committee on American Foreign Policy, and the Executive Board of the Project on Ethnic Relations. Ambassador Blinken had many accomplishments in the world of art and culture as well. As one of the earliest collectors of Mark Rothko’s works, he was named President of the Mark Rothko Foundation in 1976. Many works by Rothko are on public view in museums thanks to his selflessness. He also served as President of the Brooklyn Academy of Music from 1970 to 1976, and as board member and trustee at numerous cultural institutes. 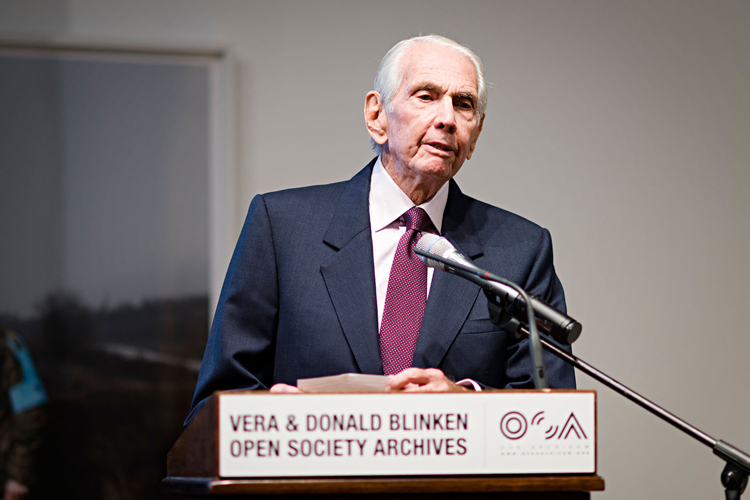 Donald Blinken speaking in the Archives in 2015.
(Photo: Dániel Végel)

Together with his wife, Vera Blinken, who among her many accomplishments was Secretary of the International Rescue Committee that played a crucial role in helping Hungarian refugees after the 1956 Revolution, the Blinkens provided indispensable support for setting up the 1956 Digital Archive, and especially its subpage the Donald and Vera Blinken Collection of Hungarian Refugee Interviews 1957–1958. In 2015, at the height of the international refugee crisis, Vera and Donald Blinken helped create the 1956 Hungarian Refugees in the United States special digital collection.

Vera and Donald Blinken’s personal archive consisting of over 600 items is deposited at Blinken OSA, and includes text documents and photographs, as well as their jointly authored book, Vera and the Ambassador: Escape and Return, which was published in 2009.