December 13, 2022 Presentation of the Visegrad Scholarship at OSA 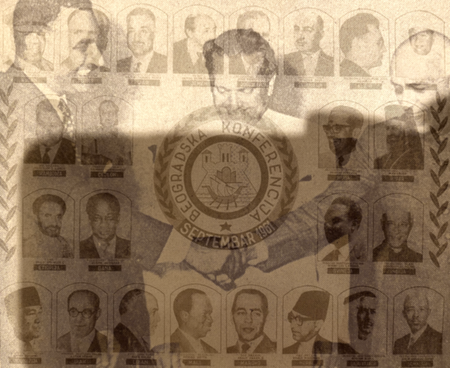 We are happy to announce the next presentations of the Visegrad Scholarship at OSA.

Join the event in person in CEU’s Nádor 15 building, Room 101, or online following the link below!

Marianna Fehér, Artist/Independent Researcher
The Cold War between the Medium and the Message – Performing the Archive of the Non-Aligned Movement

This presentation departs from the legacy of the Non-Aligned Movement (NAM), with an emphasis on Yugoslavia. The intention of this artistic research project is to examine how the movement’s historical representation and contemporary reputation could be applied to aesthetic practices today, allowing us to better grasp the histories of our own struggles and socio-political implications that characterize our collective present. What can the NAM, including its disruptions, tell us about structures of solidarity, about both political as well as performative gestures of that time? The conceptual framework of the research aims to “perform the archive” by intervening with its materiality. Through NAM summits, RFE reports, and media coverage from the Blinken OSA holdings, my presentation intends to facilitate an open discussion with the ambition of developing the research project toward its final outcome: a sound montage.

The dissolution of the Soviet Union, although unexpected and traumatic, was a celebrated geopolitical cataclysm both in the West and the former Eastern Bloc alike. Much has been said and written about the fall of the “Red Empire” and the anti-Communist mobilization around nationalist, democratic, religious, and environmentalist causes. Yet this academic fascination with the fall and the optimism of the end of the Cold War made us forget the basic axiom of Eurasian politics—imperial space is never empty, and the end of one empire merely frees land for new imperial formations.

Within 20 years after the end of the USSR, the Russian Federation slowly but surely is making claims over the countries it had pushed into independence. To understand the acceptance of this turn of events both inside and outside Russia, it is instructive to revisit the perennial problem of transnationalism in the Soviet Union. This research is focusing on Soviet and Russian television broadcasts and printed press from the late 1980s and early 1990s covering “the national question” in the USSR and the CIS. Using television monitoring videos and Subject Files, created at the Radio Free Europe/Radio Liberty Research Institute, this presentation shows how the coverage of interethnic tensions and conflicts in the Soviet borderlands—the Baltic states, Ukraine and Moldova, Caucasus, and Central Asia—de-liberalized the “new Russia,” and infested its public sphere with belligerent world views for years to come.