Blinken OSA Slavic Collection Archivist, Anastasia Felcher at the Annual World Convention of the Association for the Study of Nationalities 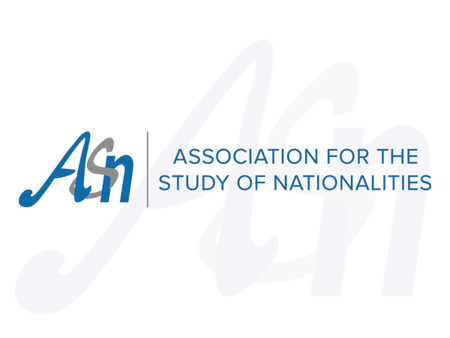 Blinken OSA Slavic Archivist Anastasia Felcher took part in the Annual World Convention of the Association for the Study of Nationalities  (May 4-7, 2022) and spoke  at the "Regional Security in the South Caucasus" panel.

At this panel within the ASN annual convention, Anastasia co-presented a paper titled "The Survival of Post-Soviet De Facto Regimes" co-authored with Prof. Andreas Heinemann-Grüder (Bonn International Centre for Conflict Studies, Germany). This convention presentation was part of the three-year 2020-2022 project "The Consolidation of De Facto Regimes: a Comparison of Post-Soviet Cases" at BICC funded by Volkswagenstiftung. Within this BICC project, Anastasia Felcher conducts research on a de-facto regime in Transnistria, partially based on the archival holdings at the Blinken OSA.

During the "Regional Security in the South Caucasus" panel discussion, Prof. Andreas Heinemann-Grüder and Anastasia Felcher reported on the findings and results of the comparative fieldwork carried out in several de facto regimes in 2020-21. The focus of the paper was the de facto regimes of Transnistria, Donbass, South Ossetia, Abkhazia, and Nagorny Karabakh. The presenters stressed that while most research in the past has focused on politics of (non-)recognition and identity formation, almost no research has been conducted on their modes of governance.

Their thorough analysis was based on roughly 120 interviews, conducted in 2021, with a defined set of stakeholders (politicians, media, business community, NGOs, academic experts) in four de facto regimes and extensive quantitative data bases. This BICC collaborative project is being conducted by a larger team of researchers from institutions based in Germany, Ukraine, and Russia.