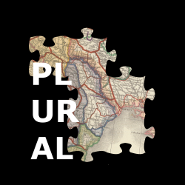 The prize is assigned by The PLURAL Forum for Interdisciplinary Studies, a nonprofit organization based in the Republic of Moldova.

Anastasia Felcher, the Slavic Archives Specialist at the Blinken OSA, has been awarded the PLURAL Local Archives & Collections Research Prize. The prize is assigned by The PLURAL Forum for Interdisciplinary Studies, a nonprofit organization based in the Republic of Moldova, which aims at initiating and carrying out analyses and discussions of phenomena and social issues neglected or distorted in the public space, such as inequality, oppression, identities, cultures, power, and ideologies.

The prize is awarded for original research articles based on archives or collections held in Moldova or in the neighboring regions and countries. The award-winning article by dr. Felcher analyzes the three-year (1820–1823) exile of the Russian national poet Alexander Pushkin in Bessarabia, a southern region of the Russian Empire, as a heritage and symbolic resource in the 19th, 20th, and 21st centuries. The author argues that every time the borderland changed its rulers, along with nationality policies, the memory of Pushkin’s exile was subjected to preferred means of identity politics toward the local population. The article is titled Alexander Pushkin in Bessarabia: Literature and Identity Politics in the Periphery and was originally published in the journal National Identities, available online.