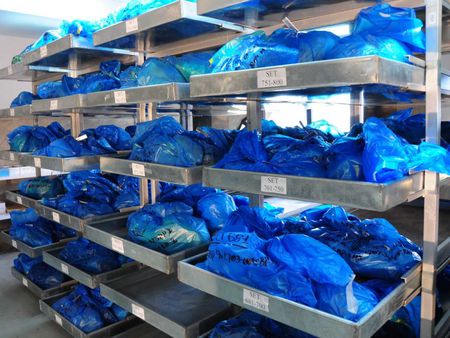 The International Criminal Tribunal for the former Yugoslavia (ICTY) in The Hague sentenced Ratko Mladić, the former commander of the Bosnian Serb Army (VRS) to life imprisonment for genocide, crimes against humanity and violations of the laws or customs of war committed in Bosnia and Herzegovina (BiH) in 1992-1995. Mladić committed these crimes through his participation in, or contribution to four joint criminal enterprises, and was eventually found guilty “of genocide and persecution, extermination, murder, and the inhumane act of forcible transfer in the area of Srebrenica in 1995; of persecution, extermination, murder, deportation and inhumane act of forcible transfer in municipalities throughout BiH; of murder, terror and unlawful attacks on civilians in Sarajevo; and of hostage-taking of UN personnel.”

Quite surprisingly though, he was acquitted of the charge of genocide in other places of mass murders, rape and torture, such as Omarska, Trnopolje, Prijedor or Višegrad in 1992-1993.

On the 15th anniversary of the fall of Srebrenica, Blinken OSA mounted an unusual exhibition entitled Srebrenica-Exhumation, which attempted to reconstruct the genocide committed in July 1995 on the basis of records created and collected during meticulous and long-lasting forensic investigations, mass grave exhumations, and identification of human remains by biotechnological methods. Building on the power of forensic evidence, the exhibition aimed at setting the historical record of the genocide, and revealing the scale, military architecture and carefully planned execution of the mass killings, as well as the subsequent hiding of the victims’ bodies by the VRS.

At the time, Mladić was still at large. He was captured a year later. Today we know that “Ratko Mladić will die in prison. But go to Bosnia: you’ll see that he won,” - stated Ed Vulliamy war correspondent in disappointment after the judgement. Vulliamy testified against Mladic, Radovan Karadžić and other masterminds and executioners of the not so distant “ethnic cleansing” in Bosnia. Indeed, the country built on mass graves and the ruins of a horrendous war that left tens of thousands of people dead (3,000 of them are unaccounted for as of yet) and millions displaced, is virtually dysfunctional and ethnically more divided than ever before. And there is one part of this country, existing mostly due his “efforts,” where Mladić is regarded by many as a hero.

If we want to preserve the memory of the victims, and remain respectful to the survivors and victims’ families, each and every one of us should look into his or her individual responsibility for the current situation there.