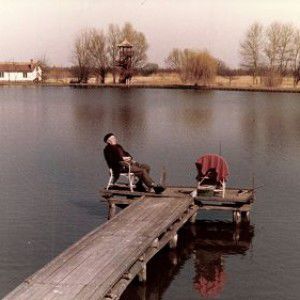 Historical exhibition on the 100th anniversary of the birth of János Kádár in Galeria Centralis, OSA Archivum.

János Kádár was born 100 years ago. As General Secretary of the Hungarian Socialist Workers’ Party, he dominated the period between the crushed revolution of 1956 and the fall of the communist regime. Kádár’s career was shaped by Hungary’s turbulent 20th century, with its lost wars and dictatorships. For many, Kádár is still a living memory – and a highly controversial historical personality. Surveys show that the majority of Hungarians consider Kádár either as a highly influential and popular political leader or as a dictator, the traitor and blood-stained suppressor of the 1956 revolution.

By objectively presenting Kádár’s life and career, the exhibition is intended to compare the nostalgic image that still remains in public memory with the real historical person, in order to dispel the “Kádár-myth” and offer the public a true picture of his character as a statesman and of the decades of his reign. Using well and less well known documents, sound and film recordings of Kádár’s speeches and talks, our intention is not only to invoke the figure created by contemporary official propaganda but also to present a close-up image of the politician in his own environment.

Director András Sólyom’s latest film montage of Kádár will be screened at the exhibition. Furthermore, several hours of voice and film documents will offer an insight into the details of his career, including Kádár’s speeches at the meetings of the Political Committee in the 1980s and excerpts from the address that he delivered to a select audience on the occasion of his 60th birthday in 1972. A separate section, built up of materials from the Institute for the History of the 1956 Hungarian Revolution and the Historical Interviews of the National Széchenyi Library, is devoted to opinions about Kádár expressed by his contemporaries. At the exhibition, visitors can also examine the most important documents of the post-1989 literature on Kádár.

Hungarian National Museum
National Archives of Hungary
The Institute for the History of the 1956 Hungarian Revolution
Collection of Historial Interviews, National Széchenyi Library
Library and Archives of the Institute of Political History
Angyalföld Museum of Local History

Please note that the language of the exhibition is Hungarian.