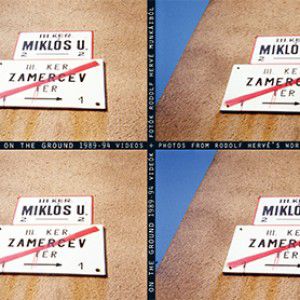 The exhibition is a compilation of Rodolf Hervé’s work on the underground culture and the ongoing social transformation in Budapest, including video recordings and photos created between 1990 and 1994. In 1989 Hervé moved from Paris to Budapest and became an iconic figure in the Budapest art world both as a participant and as a spectator documenting events.

The video footage and photographs, captured in some of the most iconic sites, exhibitions, and performances in the city, serve as visual records of these times. The main figures of the period, such as Tamás Király, Ágnes Bárdos Deák, András Szirtes, Miklós Barcs, and Zsuzsa Bende, often appear in his works amidst scenes representing the social changes of the early 1990s.

The exhibition runs from September 19 till November 4, 2012.