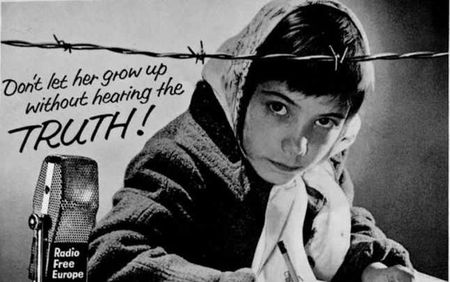 The next presentations of the Visegrad Scholarship at OSA lecture series are
Connecting archives on both sides of the Iron Curtain: Stories from the religious underground

As a “counter-archive”, Radio Free Europe/ Radio Liberty Research Institute gathered information on religious persecutions in the Soviet Union. They used different channels to communicate through the Iron Curtain and to collect evidence of repression and discrimination of believers. The Soviet regime also gathered information about the religious life of its citizen, particularly those religious groups that were considered illegal in the Soviet Union – a task often assigned to the Soviet secret police. Based on research in the Open Soviet Archives and the SBU (former KGB) archives in Ukraine, the author will discuss what kind of knowledge on the “religious other” was created on both sides of the Iron Curtain and what was the agency of the Soviet believers in the Cold-war communication.
+++
Communicating to unfree societies: Radio Free Europe / Radio Liberty and Soviet Moldavia

The mass media played an important role during Cold War and broadcast was one of the most efficient Occident’s tools against the Socialist block. This phenomenon was called “the Battles of Western Broadcasting”, “Waves of Liberty” or the “Voice of Hope”. One of such broadcasts was Radio Liberation (1949-1964) since 1975 renamed in Radio Free Europe and Radio Liberty, which brought the news in various languages of the West to the Socialist countries and to the USSR.
Soviet Moldavia had not had its own RFE/RL Service, like other Soviet Republics, and was covered by Romanian Service (RFE) and Russian Services (RL). The situation of Soviet Moldavia was rather peculiar during the Cold War, because of its geographical position and the special relations between the USSR and Romania. The Communist regime and its institutions developed a real “fighting campaign” against Western broadcasts (Voice of America, RFE/RL, Deutsche Welle, Radio France, etc.). However, the citizens of Moldova used the opportunity to listen to these broadcasts as an alternative source of information. Some of them even sent letters to RFE/RL and tried to inform them about the real situation in Moldova.
To understand better the activity of RFE/RL and its impact on Moldavian society, we need to explore the archival documents and oral history. This project intends to develop a series of studies on this issue and publish a collection of documents selected from various archives, including the ones from the OSA.