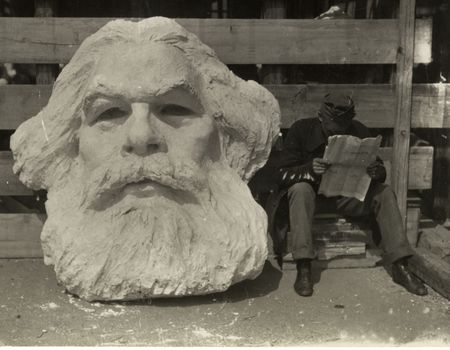 
opening remarks by
András Mink, curator of the exhibition

World-famous director of the film Casablanca Mihály Kertész shot his last film in Hungary during the Hungarian Soviet Republic. The premiere took place on April 4, 1919. Screenplay writer Isván Siklósi adopted Antal Farkas’s poem My Brother is Coming, which was published a little bit earlier in the daily Népszava. The film, based on the poem, is a protest against the destruction caused by the war, while it extolls the glorious worldwide revolution. The drama of the scenes is reinforced by the images, occasionally colored at a later time. The characters in the film were played by Oszkár Beregi, József Kürti, and Kertész’s wife Ilonka Kovács, who gained international fame under the name Lucy Doraine. When the Soviet Republic failed, My Brother is Coming was banned and the copies were impounded, which is why the film—almost uniquely of Kertész’s films of the time—survived.

Ernst von Dohnányi, together with Béla Bartók and Zoltán Kodály, was a member of the Music Committee set up by the Revolutionary Council Government in 1919. His short piece Pastorale, which he premiered in Budapest on December 27, 1920, is based on the melody of the traditional Hungarian Christmas carol Mennyből az angyal (Angel from Heaven), and expresses the tensions, the drama, and the bitter disappointment of the previous years and the hope in rebirth.