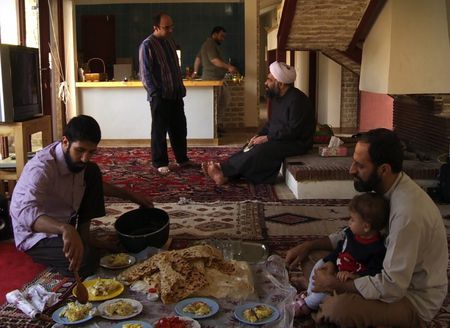 It took years for Mehran Tamadon to persuade four supporters of the Iranian regime to risk taking part in an experiment with him. Now he receives them as guests at his family's country house to try out something that does not exist in Iran: a pluralistic society. As the women disappear into the guest rooms, the men discuss the advantages and disadvantages of a secular society, the veil, abortion, and freedom of the press – issues that they all have different views on. Will this attempt to create a social utopia succeed?