The Illusion of the Republic – Exhibition 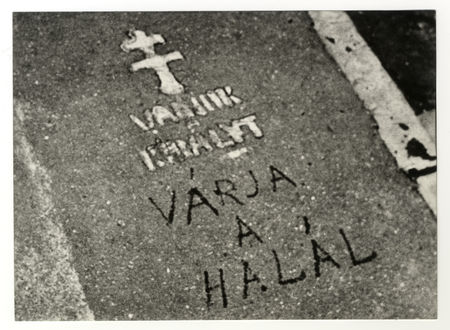 THE ILLUSION OF THE REPUBLIC

This year is the centennial of the proclamation of the first Hungarian Republic, which took place on 16th November 1918. To honour this occasion, the Vera and Donald Blinken Open Society Archives (OSA) presents The Illusion of the Republic exhibition, focusing on the rootless nature and the fall of the three Hungarian republics that were established in 1918, 1946 and  in 1989–1990.

It searches for the reason why the notion of the republic is so weak and fragile within the framework of Hungarian politics, and it looks at how this continuously leads to the emergence of authoritarian regimes.

The Hungarian republics can be generally characterized by an insufficiency. To highlight this, the exhibition expects an active participation from the audience: the given parts of the exhibitions — pictures, films and documents — will only appear in the installations when the visitors activate them. The audio-visual documents displayed are silent, the texts will be available in the interpretation of actress Eszter Csákányi.