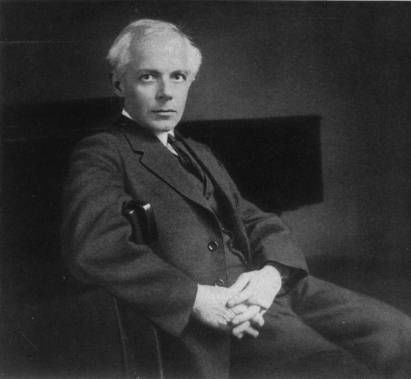 The event is in Hungarian.

Extracts from Bartók’s letters, lectures and publications. The selected pieces will be presented together with his musical compositions inspired by folk music and the phonograph recordings he made during his journey to Arabia.

Péter Sülyi’s film: Moving Images about Bartók (1988, approximately 25 minutes)
Before the screening there will be a talk with the filmmaker.

Who can give trustworthy answers to the questions we are facing on the occasion of the refugee crisis and the referendum on migrant quotas? Béla Bartók’s thoughts - after more than 70 years - remain relevant and topical even today. Bartók as a humanist, a researcher and a composer foresaw the ideas of his time: the lack of solidarity, the incitement to anger, the search for enemies, the cultural and political isolation, the devastating power of racist ideologies; finally, he chose emigration. Bartók knew how difficult it would be to leave, to abandon his beloved homeland, even if he knew that he would be welcomed by a high standard of living and special respect in the “new world”. For him, difference meant an instrument of better understanding, rather than one of separation. He stated in 1937 that  “racial impurity” has positive effects on music, since “well assimilated foreign influences could be enriching.”

Péter Sülyi’s short film reconstructs an amateur silent film which was shot 2 years before Bartók’s death. The film is about the reconstruction of the sound of the silent film by pianist Erzsébet Tusa and musicologist Ernő Lendvai.