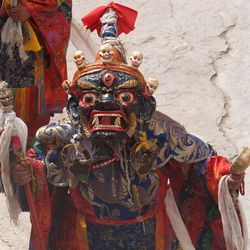 The Digital Archive of Cultural Heritage is the result of a cooperation agreement (2019) signed by the Cultural Heritage Studies Program (CHSP) at Central European University (CEU) and the Vera and Donald Blinken Open Society Archives (Blinken OSA) at CEU. Faculty and students at CHSP deal with both material and intangible cultural heritage in their research. In the first phase of this project, the collection of Intangible Cultural Heritage data is made publicly available.

Songs, tales, music, rituals and orally transmitted sacred texts are traditionally treated as important aspects of intangible heritage. Religious teachings of non-bookish religions, oral history, or orally transmitted memories of a community or a family, even the recollections of a person’s life are considered equally important parts of intangible heritage. All these are extremely vulnerable to change in a world which is rapidly transforming due to globalization and technical modernization. This collection of audio and visual materials not only constitutes a body of valuable information on various cultures for researchers, but it is also a cultural repository for the diaspora or younger members of the host communities, who may desire to rediscover their own cultural heritage.

As of December 2020, the Intangible Cultural Heritage collection contains 40 audio and video recordings made by the faculty, students and former students of the CHS Program in different geographical locations connected to various aspects of intangible cultural heritage. Documentation of three research projects is now available in this collection.