In July this year Blinken OSA’s collection was expanded by the legacy collection of  Zsuzsa Horváth (1950 - 1994), a researcher of one of the least studied social groups, the Hungarian free churches and religious base communities. The documents created in the course of her unfortunately short research career will be soon available to the public.

The collection containing mainly interviews and research documentation is made special by the fact that the time of data collection was very early compared to other similar research projects in Hungary. In the late seventies, Zsuzsa Horváth already conducted several interviews, in which she studied primarily moral and religious convictions of the interviewees. Another interesting feature of the material is that the comprehensive publication of the results of the research hasn’t been done due to the tragically early death of the Horváth and to the hostile Hungarian scientific environment of the late seventies. Thus, many unpublished results of the studies will only now become available for research, once the processing of the material is finished.

The collection represents a great value for Blinken OSA, as it adds new and unique aspects to the research of social history of the seventies and eighties,  and it provides insight into the nature of religious resistance. The deep interviews in the collection were done with the intention of revealing the most personal feelings and motives of the interviewees. Their creation did not only require courage on behalf of the subjects, but the researcher herself could count on resistance because of the topic she was studying.

From the beginning of her career to her dismissal in 1979 she  only had three years, which she spent studying two free church communities. Following this, until her death in 1994, Zsuzsa Horváth rarely had the chance to work on her chosen field, and most of her work done was not of a sociological nature anymore. When she had the opportunity to do research of this kind, Horváth studied the situation of religious base communities and analyzed communist policy towards the Church, repeatedly arguing in favor of freedom of religious belief in church-related debates following the regime change.

Before being donated to the Archives, the documents were held  by a sociologist, Péter Tibor Nagy. The collection contains interview transcripts created during the early years of Zsuzsa Horváth's career as a researcher. The value of the material is also enhanced by a considerable amount of audio recordings made during fieldwork, the digitization of which has already begun at Blinken OSA. 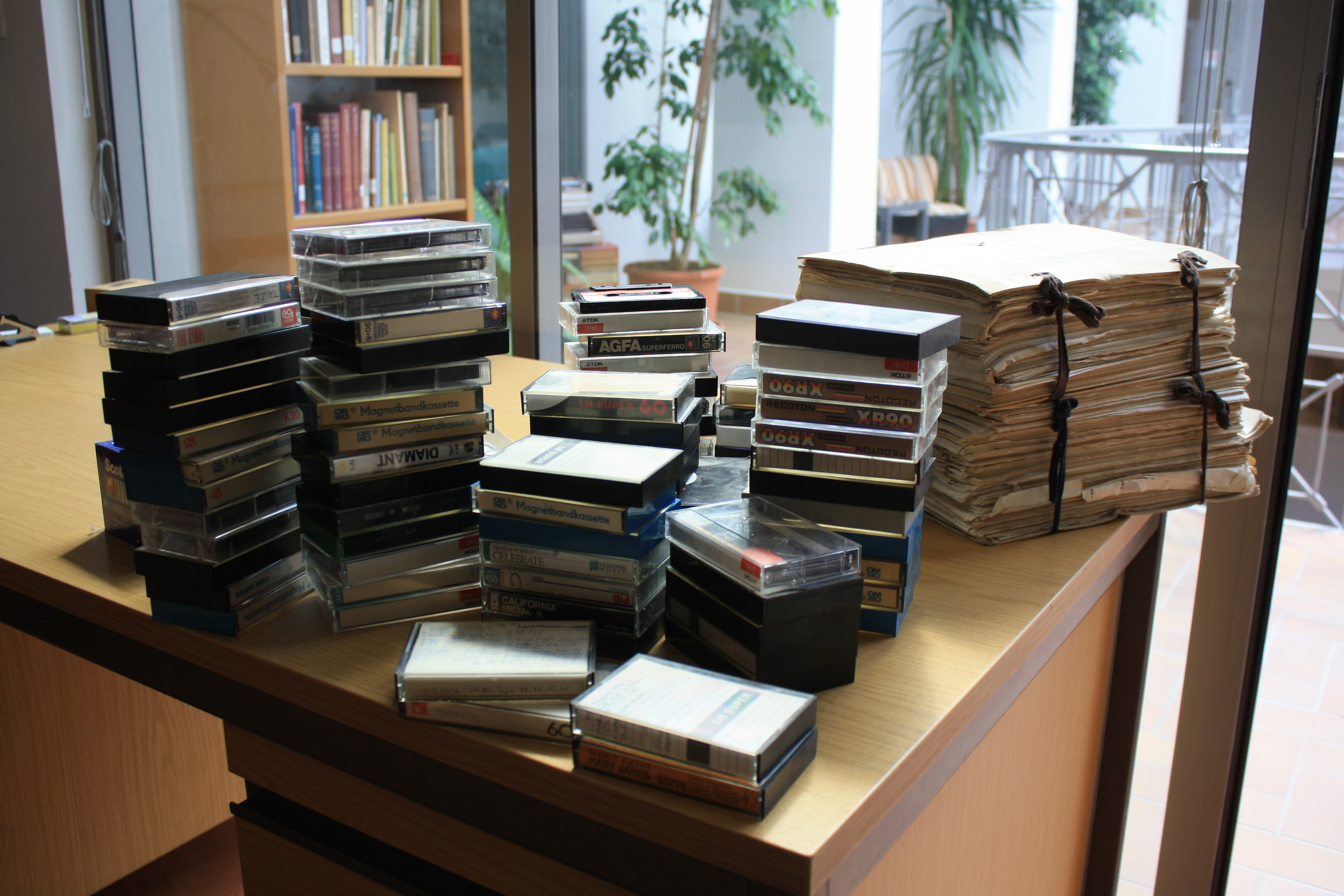