Will There be a 1989? Or, what Was Tending During the Regime Change?

Today, the process of the regime change is considered history. The year 1989 is part of the high-school curriculum; democracy’s triumph over Communism, as far as a school excercise is concerned. Going closer, it is an entire audiovisual collection at the Blinken OSA. A post by Lili Rebeka Tóth, former intern at the Archives working on the Will There Be a 1989? online collection. 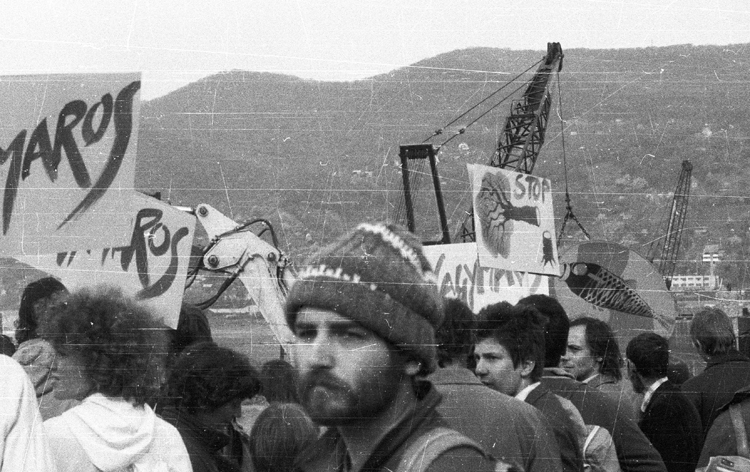 Visegrád, protest against the  Gabčíkovo–Nagymaros Dams.
(Photo: Will there be a 1989? / Fortepan / tm)

While source-based history books strive to present parallel historical narratives, a whole country’s social, economical, and political changes can hardly fit into the few pages composing a schoolbook chapter. Such condensed lessons often fail in unfolding the particular aspect of the transition period that, unlike the rapid changes of politics and the public discourse, pervaded everyday life with rather sluggish steps. This long, often hesitant, yet positivist political-economical turn is what the extensive collection created at Blinken OSA, titled Will There Be a 1989?, makes accessible, also addressing the question whether the common hopes of the period have been fulfilled?

The collection Will There Be a 1989? is basically an online exhibition displaying almost every public or political event that was documented in Hungary in 1989, whether in videos, photographs, textual or radio records. The platform does not rank its contents, topics like environmental demonstrations against the Gabčíkovo–Nagymaros Dams, the country’s diplomatic activity, the reburial of Imre Nagy, or the reactions to a television game, are all represented in a horizontal approach. Browsing is made simple by tags, and a special feature allows the user to discover what happened thirty-two years before the very day of opening the webpage.

Channel 2 of the Hungarian Television maintained an answering machine for audience feedback, like “Good evening. Sorry to interrupt. We miss ads. There are less and less ads. In the past period, or last year, there were gradually more. We'd like to see a little more ads. (Thank you)”.
(Will There Be a 1989?, A TV2 nézőinek telefonüzenetei)

Exploring the webpage, 1989 may seem to be a year like any other. Many of the public figures are active even today, and the discourse is revolved around familiar issues; environmental protection, migration, drug use among teenagers... Topics like these serve as points of connection bringing a period perceived as history closer to the youth today, or recalling nostalgic memories in older generations. For example, the youth in 1989 was similarly annoyed by the premature ending of music videos or by overlaps between mutually interesting films. And although one rarely hears complaints about not enough ads anymore, and Viktor Orbán has substantially less facial hair than before, the scenario of the stream of news has largely remained the same. 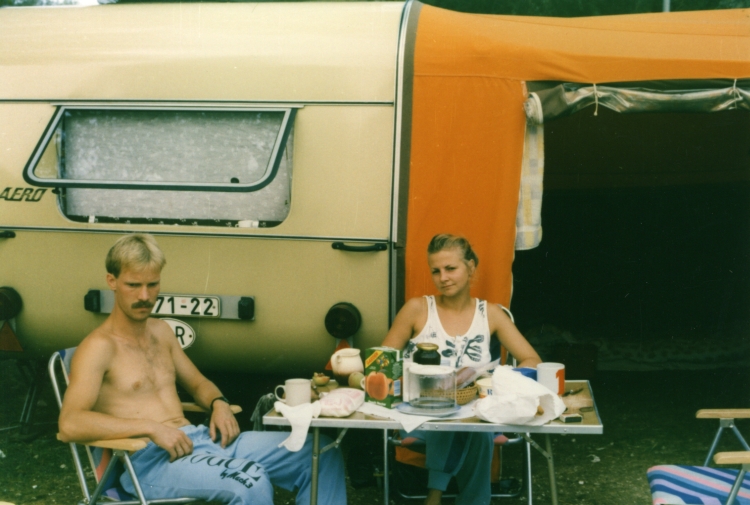 East German family on holiday in Hungary in June, 1989, before their failed attempt to cross the Austrian border next month.
(Photo: Will There Be a 1989? / Deutsche Kinemathek)

Nevertheless, 1989 was, in fact, an extraordinary year. When using the Archives’s website, this is apparent not only from the point of view of history, but of sociology and anthropology, as well. This humane approach is exactly what high-school history classes mostly lack, but revisiting these past events may provoke everyone, irrespectively of age, to reevaluate the present. Even if issues like the scepticism toward pluralism, a nation’s first attempts in political participation, or the question of a politically sovereign national identity, may today seem distant at first. Delving into the online collection, we may realize that public figures and the whole of society involved with politics were uncertain regarding the interpretation of freedom. Therefore, by rediscovering the events, we can join them in asking: was there, will there be a 1989?