We are talking about surviving 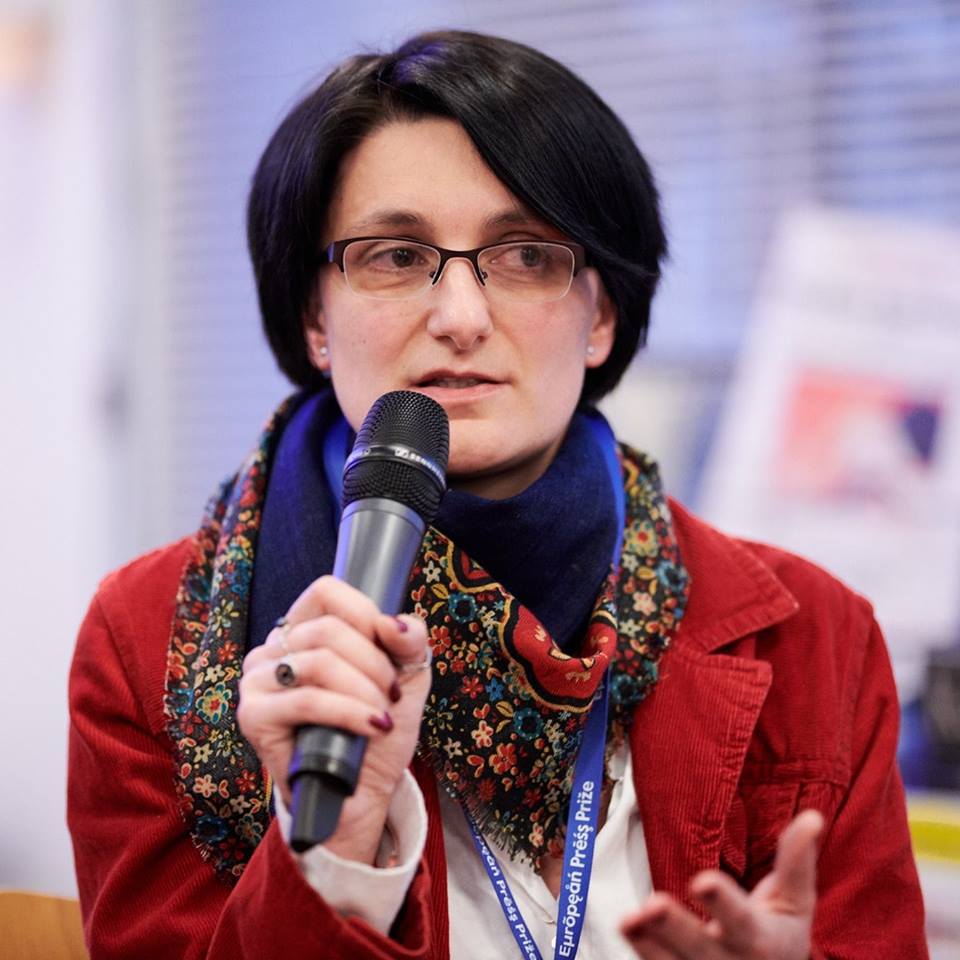 "I was given the opportunity to give a keynote speech at the European Press Prize 2018 award ceremony`s panel discussion. I took the chance to talk about the most underprivileged colleagues in order to urge solidarity and protection for them - this is how Boróka Parászka journalist, author of "Conflict Zones" section at 168 Óra weekly and reporter at the regional Hungarian language program of the Romanian Public Radio Broadcasting Company  introduces her speech, on her blog.

I am honoured to be here and to have the possibility of exchanging ideas with you. The meaning of the word "colleague" today, in the times of media crisis and just after the execution of our colleague Ján Kuciak in Slovakia is changing. We need to be aware of that.

Today we are going to talk about the prospects and pitfalls of journalism in European countries with limited press freedom. We all have a certain kind of knowledge about what “limited press freedom” means in these countries. I am speaking here as an editor at Marosvásárhelyi Rádió, as a member of the Hungarian minority in Romania and as a journalist reporting on human rights, minority and women's issues.

We are facing restrictions and different forms of oppressions in Eastern and Central Europe. But the outcomes are very similar:  many of our colleagues are leaving their profession. Those still working as journalists are doing so under oppression and dangerous circumstances. The media sphere around us is transforming. Public media is getting weaker, facing problems of political and financial independence. The commercial medias conditions are also challenged politically and financially. There are no stable media backgrounds, the conditions for professional jorunalism are not assured. There is no professional continuity and therefore the protection of journalists is weak. At the same time the non-professional, non-transparent parts of media are becoming stronger and stronger. There are competitions between reliable but oppressed and limited national and transnational professional platforms and between the fake news factories from uncertain locations, between unclear blog platforms and between several forms and tools of manipulation.  Is it possible in these circumstances to serve the public interest, and to inform the Eastern and Central European people? Is the media as channels of verified information and social dialogue possible anymore? Is it possible to recover the autonomy, independence and professionalism of media in its previous forms?  (Have  the Eastern and Central media ever been autonomous, independent and professional after the Second World War? Or – facing the manipulative interests and powers – we have to renew somehow the media networks of these countries?

It is certain, that with this collapse all the members of professional groups (the weakened public media, the still working media outlets, the persistent editors and collaborators, the stubborn freelancers) are working as groups of partisans, like abandoned lone wolves of the ruined media networks. The biggest challenge of Eastern and Central European media is the question of cooperation and solidarity. Remember: these media networks, companies and groups have been conceived from the idea of the competition of news and advertising. These media outlets were almost built within the borders of Eastern and Central European national states. And now, in this period of crisis, they have to leave behind the old form of competition or they have to neglect many aspects of it in order to defend their safety and the common interest of professionalism.

There are some key concepts that we have to rethink.

First: what does transnational, cross border collaboration mean? Are these forms of collaboration the new forms of solidarity and new sources of media empowerment?

Several cross-border press projects, press funds are available  in recent years. New press teams have been gathered and financed very generously in these ways. But we have to ask ourselves: are these cross-border approaches conceived efficiently? Are these issues highlighting fundamentally the social and political problems of Eastern and central European nation states?

What happens with the inner regions, whit those problems that cannot be handled by cross-border cooperation? I am afraid that the most vulnerable regions of Eastern and Central European countries – the so-called deserted rural areas are out of the  radars of new media initiatives.  In turn: the deepest social and political problems appear on this underreported level. On the level of local authorities, on the level of regional corruption, on the level of marginalized, unseen communities. While we are hunting for big stories, large overviews, scandalous headlines, large regions of inertia are left behind. No small investigative projects, no deepened social reports, no focus on small but dirty games.  The question is: how is it possible to include these regions in the media, knowing that the first victims of media crisis were the local media, the small outlets?

The most efficient and well-financed form of media cooperation are the several, well targeted press projects with predetermined purposes and with teams of journalists built for a certain period. Smaller and larger groups of media partisans are working In Eastern and Central Europe and they are doing project journalism. This project journalism can be very inspiring , very well focused – but just for a shorter or longer period, on very limited issues. The Eastern and Central European journalists are competing for fellowships, sources fulfilling the press foundations` and centers` aims. It means that we often have to neglect our experience on field in order to be successful competitors. I am sure that a change of perspectives is needed urgently. The still achievable sources are far from everyday and efficient journalism unfortunately in these regions. An organic, professional kind of journalism is needed which is an inner part of the Eastern and Central European social dialogue. And this need is not fulfilled by project journalism.

The underpaid or unpaid, under-protected or unprotected partisans of rural areas, small towns are the most vulnerable colleagues. They need constant financial and professional support and attention. I know we are celebrating the European Press Prize now, and congratulations for the biggest stories. But never forget: behind every big story there are a chain of stories. The real journalism is always a team work, and we have to assure protection for every member of the team, for the most vulnerable ones, in order to keep our profession alive.

I started this speech by talking about the execution of Ján Kuciak and I have to finish it with this case, because this tragedy is a breaking point of Eastern and Central European journalism. We have to understand this loss very well. While the various threats against journalists have become more and more organized, journalists have become public enemy number one, and we are humiliated physically, socially and physically, the legal and institutional background of protection has not changed, or has changed in a very inefficient way.  New legislation, new techniques and I dare to say: new institutions are needed for professional protection. Because we are talking about surviving. Literally, as well as symbolically.