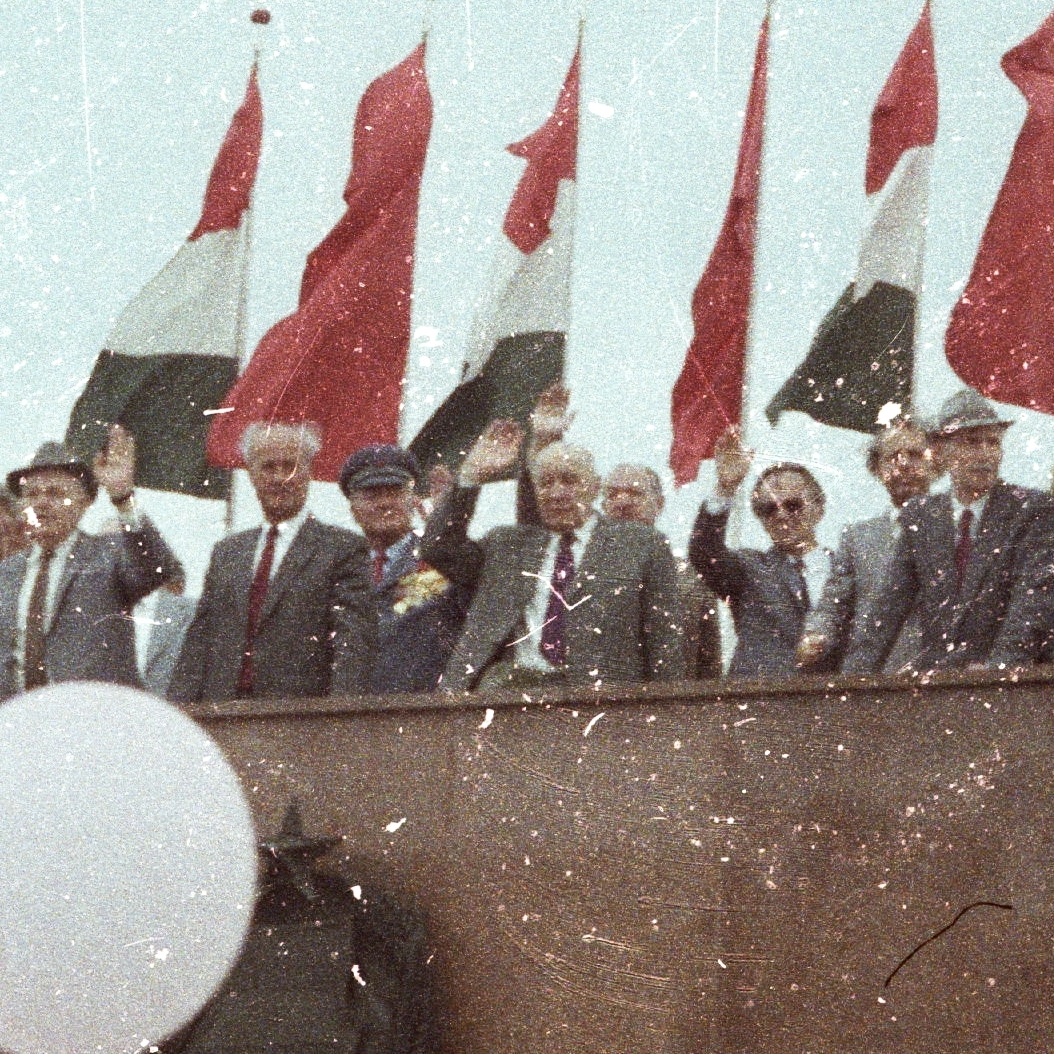 The Chernobyl nuclear accident happened thirty-five years ago, on April 26, 1986. The Blinken OSA commemorates the anniversary by revisiting how the disaster was reported by the Hungarian state radio, and how the public reacted.

“And what's up in Hungary? I mean, besides what we already know from official announcements. László Elek talked to László B. Sztanyik, Director at the Radiobiology Institute.
– Scaremongering, rumors, tall tales, these are all in the air. But what else is in the air?
– Air contaminated with radioactive particles entered the Hungarian air space as well. These emerged during the accident in the nuclear reactor.”

The above interview is an excerpt from 168 óra [168 hours], a popular political-economical talk show at the Hungarian Radio. On May 10, 1986, the 168 óra aired several interviews with experts of different fields, who were invited to share credible information on the Chernobyl disaster. Interestingly, both the radio host and the interviewer acknowledged, indirectly, that there were things beyond what had been included in official announcements, which allowed fearmongering and the spread of rumors. While the interview was broadcasted on May 10, the accident in Chernobyl had happened on April 26, two weeks earlier. Instead of blunt statements like the director's above, it were mostly contradictory and incomprehensible information downplaying the situation, based on which the public during those two weeks had to fathom whether they were in danger, and if so, what they had to do.

The threat of the Chernobyl disaster was invisible, complex, hard to explain, yet it ignored national borders; mediating it posed a communicational challenge throughout the world. Speaking volumes, the Parliamentary Assembly of the Council of Europe adopted on the 10th anniversary of the accident a resolution also urging that “public access to clear and full information on this subject—and many others for that matter—must be viewed as a basic human right.” 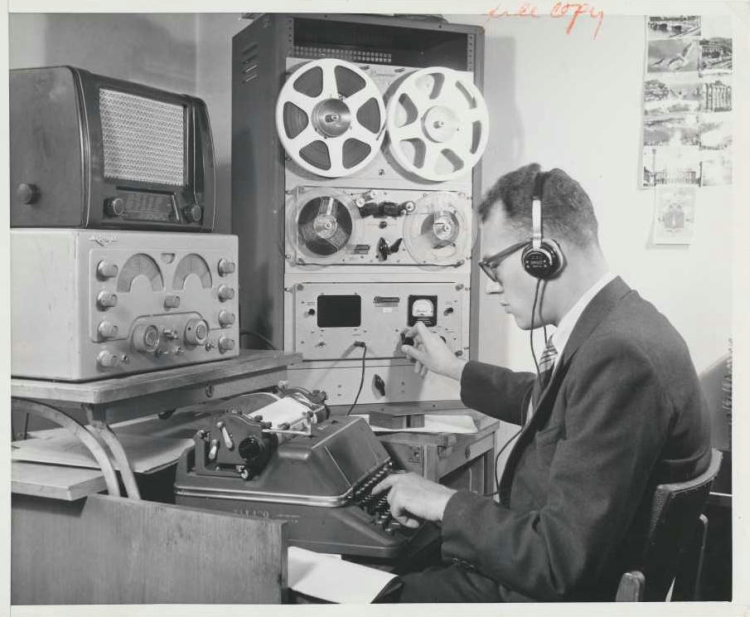 Between 1951 and 1994, the Radio Free Europe/Radio Liberty Research Institute monitored the Hungarian Radio (among other state radios of the Eastern Bloc), producing verbatim transcriptions that are now preserved at the Blinken OSA. What these transcriptions reveal is not the truth on historic events, but the ways those events were presented in state propaganda. It should be noted that the Hungarian Radio in the period was a primary news source; in 1986, according to surveys conducted at the time, 89% listened to the radio daily, and 40% heard about domestic or international events for the first time from the radio; the latter number in the case of the Chernobyl accident was 59%. Since the radio, the press, and the television were centralized and under close state control, the transcriptions offer a thorough impression of the official public discourse. (Which, of course, did not cover what people may have known, as they had access to unofficial sources like international radio stations, such as RFE, and the secondary publicity of independent samizdat publications.)

What Did the State Radio Say?

The interview with the director of the Radiobiology Institute quoted above went on as follows:

“– When and in what volume did you notice these contaminated bodies of air in Hungary?
– On the 29th and the 30th, an increase began in the level of radiation detected in the environment, as well as in the amount of distinguishable radioactive particles in the air.”

This, however, was not reported with such clarity by the radio. Keeping in mind the director's statement that they detected the increase of radiation levels on April 29, it is worth to give a day-to-day recount of how the radio presented the consequences of the event initially described as a “malfunction” and occasionally a “disaster,” and later as an “accident” and a “mishap.” 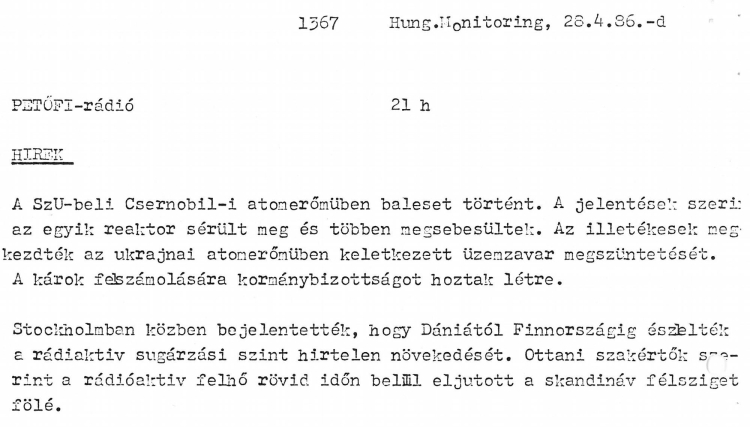 “An accident occurred in a nuclear power plant in Chernobyl, in the SU. According to the reports, one reactor is affected, several people are injured. Authorities began to solve the malfunction in the power plant in Ukraine. A governmental committee was formed to eliminate the harm. Meanwhile, Stockholm reported a sudden rise in radioactive radiation levels from Denmark through Finland. According to experts there, the radioactive cloud had reached Scandinavia in a short time.”
Hungarian Radio news item on Chernobyl on April 28 at 9 p.m., the first time the accident was reported in Hungary.
(HU OSA 300-40-8 Records of RFE/RL, Monitoring)

In essence, while Sztanyik confirmed that the Radiobiology Institute had detected an increase in radiation levels already on April 29, the news that day did not reflect this. Remarks on April 30 and May 1 did indirectly hint at the rise, yet it was never unequivocally and straightforwardly addressed as a fact; even on May 2, the radio announced a rise only “in a few places,” and stressed its unharmful nature. The next day, however, the increase was removed from the agenda, replaced by a decrease: the “gradual decrease” reported on May 3 became “significant” on May 4. On May 5 and May 6, “the air's radioactive radiation level continued to decrease,” but on May 7 it “did not change considerably,” or “fluctuated.” On May 8, it resumed to decrease “in most parts of the country,” and on May 9 the decrease was once again “significant.” “The significant decrease in the air's radioactive content” continued on May 10 as well, moreover, on May 11, “the decrease of the air's radioactive content” was further accelerated by “the repeated rains of the past days,” and as a result, on May 12, “it practically returned to its natural value preceding the reactor accident.”

The medium of the radio of course did not allow listeners to revisit or compare past broadcasts, news and interviews were aired, occasionally repeated, on different days and in different time segments. Still, the above compilation reveals that the silence of a “not considerable” increase on April 30 experienced “in a few places” on May 2 was followed by a loud, ten-days-long “significant decrease.” This may have temporarily “fluctuated” on May 7 and May 8, but it could not have been mistaken for an increase.

Not Talking About It Will Make It Disappear 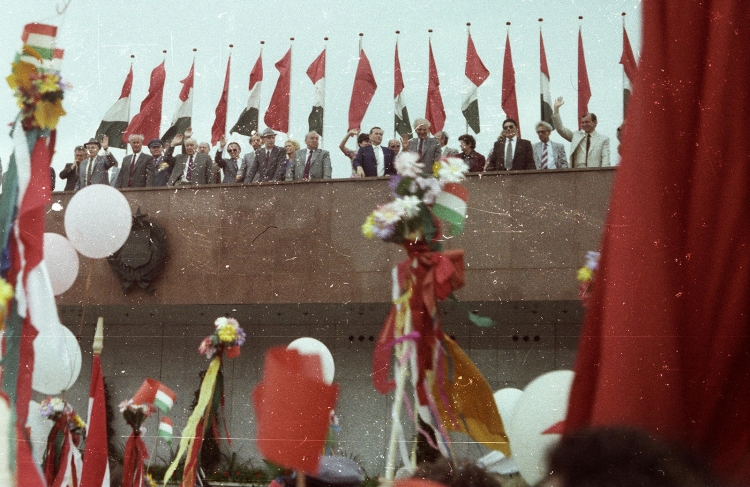 Besides having to cover a complicated scientific phenomenon, the state media was evidently in a difficult situation from a political point of view as well. It is well known, that Moscow initially maintained a complete news blackout concerning the Chernobyl disaster. Consequently, the Hungarian press did not receive sufficient information from the Soviet Union; however, using available Western news sources was not an option either, since, in line with the Eastern Bloc's shared communication strategy, domestic affairs of friendly countries were to be reported exclusively based on the official statements coming from the countries involved. Nevertheless, the Hungarian state's communication on Chernobyl remained unbalanced well after the Soviet news blackout had ended.

While the Hungarian state media made every effort not to address the rise in the radiation level they had known all along, it did report (and in great detail) “on the radiation appearing in some countries as a result of the mishap that had occurred in the Soviet nuclear reactor.” Therefore, listening to the Hungarian Radio, one could follow how a radioactive cloud left Chernobyl, reached Northern Europe on April 28, and Poland on April 29; and how, on April 30, Austria, Hungary's western neighbor, experienced a “three- or four-fold increase in radioactivity,” and Yugoslavia, Hungary's southern neighbor, “issued different safety measures” on May 2.

On May 2, apparently, the radio broadcasted the advice of the Hungarian Civil Defense, which, “with people's safety in mind,” recommended that “small children should receive certified milk sold by the milk industry,” and that “before cooking, leafy green vegetables like spinach, sorrel, salads, should be washed in water multiple times.” While emphasizing the decrease in radiation levels, the radio, “for the sake of increased precaution,” also repeatedly reminded every day that “experts continue to recommend following their advice on milk consumption and vegetable cleaning.” Which may have seemed inconsistent with the May 7 WHO statement (also repeated on the radio) on the unnecessariness of such measures, and confusing with the news on the Common Market temporarily suspending meat import from Socialist countries because of possible radioactive contaminations. 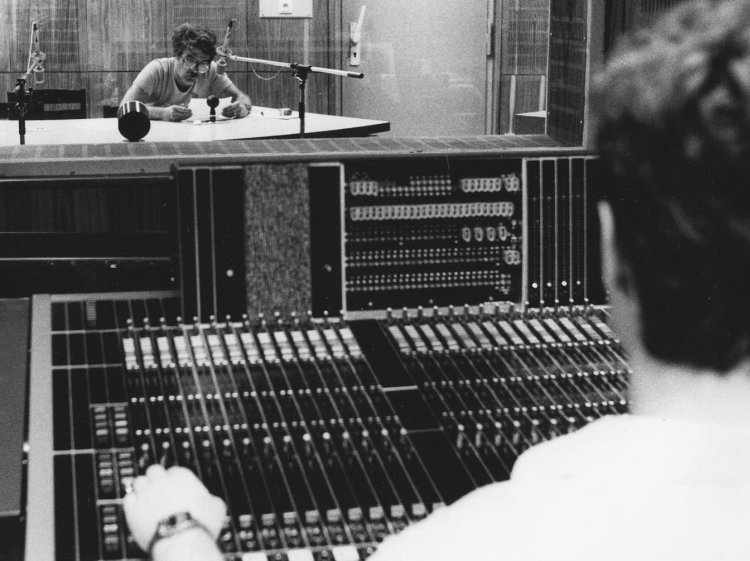 Was the official communication on Chernobyl efficient? The Tömegkommunikációs Kutatóközpont (Mass communication research center, TK) was created in 1969 as part of the Hungarian Radio in order to answer such questions, thus improving state propaganda. On May 5 and May 6, the TK carried out a survey in Budapest in relation to the communication on Chernobyl. According to its results, 67% thought that communication was not or not fully satisfactory, and while 30% said that the state media had presented the situation adequately, 61% felt that it had downplayed the actual threat. Experts at TK provided research reports with titles like “Csernobil, kommunikációs szindróma” (Chernobyl, communicational syndrome), “Egy robbanás tömegkommunikációs 'szennyeződései'” (Communicational “contamination” from an explosion). In his overview “A csernobili szerencsétlenség a Magyar Rádióban” (Chernobyl disaster in the Hungarian Radio), György Bolgár concluded that “the aim merely was to prevent a panic . . . still, panic may be prevented more efficiently by providing factual information, than by subtle denial.”

The Hungarian Radio transcriptions also reveal some of the consequences of this “subtle denial,” i.e. of the fact that people felt the state failed to guarantee their access to information. Parents and kindergartens did not let children play in the open air, many started taking iodide tablets, and markets sold less vegetables. Another guest at 168 óra, the radio show quoted before, was Professor Endre Czeizel, saying:

“I have got to say, pregnant women are almost panicking, because they hear about the radioactive contamination rising in the air, and a more-or-less educated individual in Hungary knows that radiation can be a source of certain biological harms. . . . I'm terrified because desperate women turn to us wanting to end their pregnancies.”