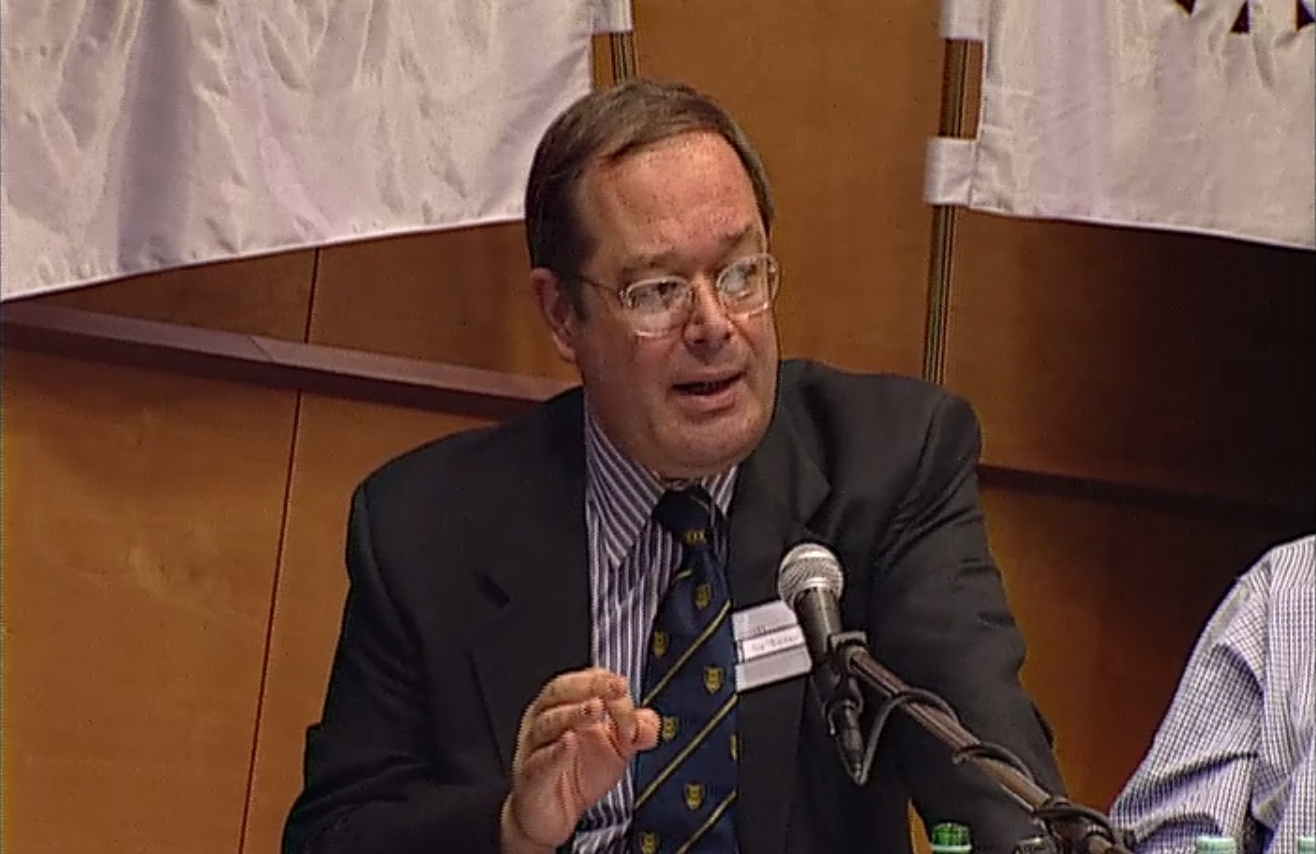 The CEU and Blinken OSA community is mourning the passing of renowned Croatian historian, former distinguished professor at Yale University, and memorable professor at CEU. After a long and grave illness, Professor Ivo Banac passed away in Zagreb on June 30, at the age of 73.

Professor Banac was born in the Croatian coastal city of Dubrovnik in 1947. In 1959, he immigrated to the United States with his mother, where they reunited with his father who had escaped from Tito’s Yugoslavia in 1947. They lived in New York, where he studied at Fordham University. Upon his graduation in 1969, he moved to California, and obtained M.Sc. and Ph.D. degrees at the Stanford University. From 1972 to 1977, Professor Banac worked at the Stanford University Department of History and Linguistics, before he started teaching at Yale University in New Haven, where he earned his tenure and was a two-time master of Pierson College. His book The National Question in Yugoslavia: Origins, History, Politics, addressing the complexity of the multi-national structures of the Balkans, had a significant impact on the academic community. As a result, in 1984 his book was awarded the Wayne S. Vucinich Book Prize for the best North American book in the field of Russian and Eastern European studies. 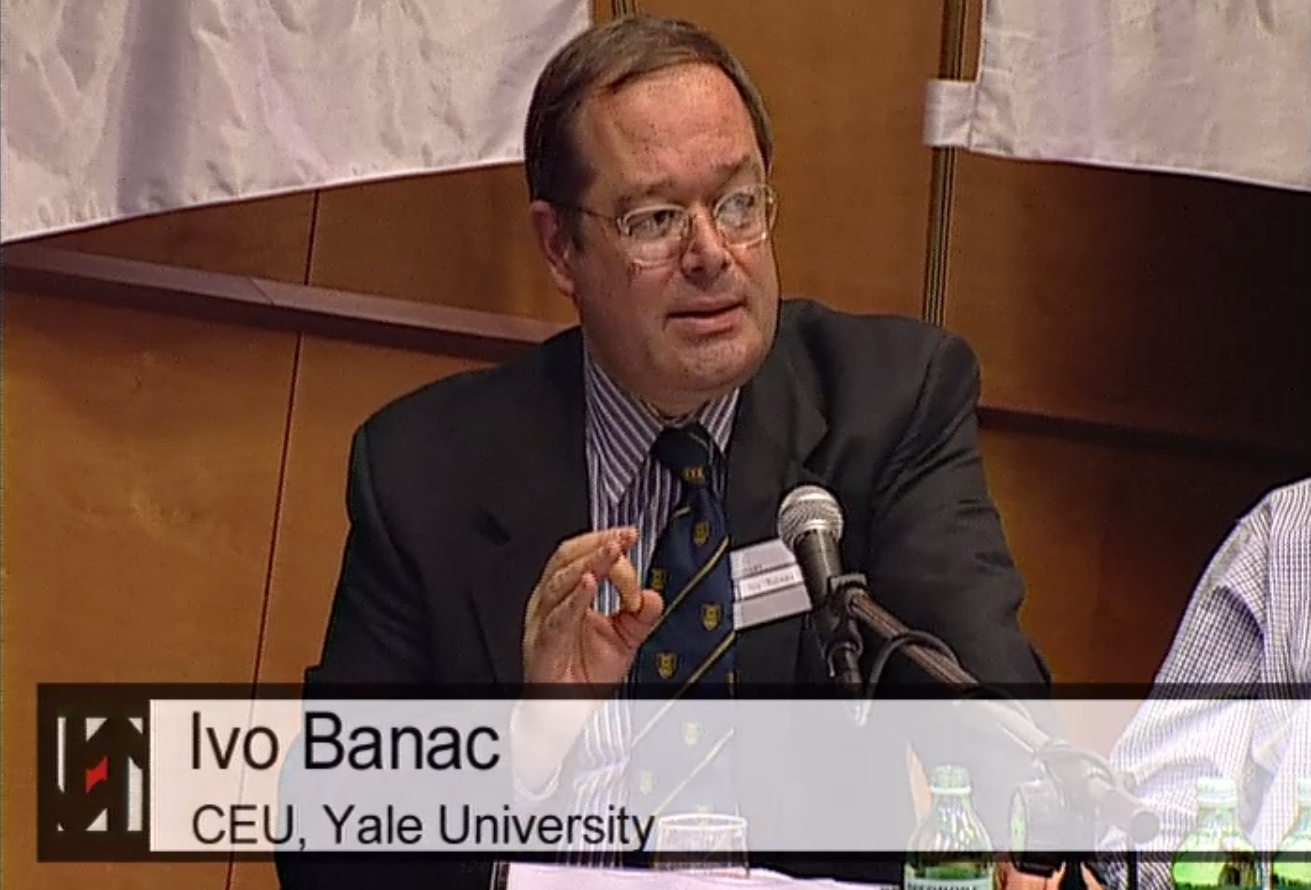 Ivo Banac at the "Between Past and Future: The Revolutions of 1989 and the Struggle for Democracy in Central and Eastern Europe" conference, held at CEU in March, 1999. The video recording of the conference, including Banac's lecture on nationalism, patriotism, and the lessons from Yugoslavia, is available at the Archives.

Professor Banac occasionally visited Croatia and kept contact with prominent liberal thinkers, historians, and philosophers of the time, many of whom had been the leaders of the "Croatian spring" in 1971, demanding more freedom and democracy in Tito’s Yugoslavia. Let us mention Vlado Gotovac, Franjo Tuđman, Ivan Zvonimir Čićak, etc. He maintained these relations even during the turbulent period of the disintegration of Yugoslavia. In 1990, Professor Banac was accepted as an associate member of the Croatian Academy of Science and Arts, soon after which he returned to free and independent Croatia, and joined the Croatian Social Liberal Party.

Between 1994 and 1999, commuting between Zagreb, New Haven, and Budapest, Professor Banac became closely associated with the Central European University and became the director of its Institute for Southeast Europe. We remember his public lectures that gathered numerous students from the Balkan region interested in his views and thoughts about nation, nationalism, and the "Other." In the post-Yugoslavia period, many young students at CEU sought answers and rational explanations to their delusions and false perceptions. Professor Banac gave an important contribution to better understanding and dismantling traditional historical and nationalistic narratives as well as newly-constructed national identities created post-festum of the Yugoslav Wars. He was always surrounded by students from different nations who believed that his wisdom, intellectual sharpness, and understanding of national issues could help comprehend their own inherited nationalistic trajectories. During his years in Budapest, he gave tremendous energy and devotion to establish a high-quality Balkan Studies at CEU, which educated generations of promising scholars and intellectuals from the region. To promote the examination of the complex and intermingled history of the Balkan nations, Professor Banac played a key role in enlarging Blinken OSA’s Balkan-related collections and in acquiring important archival documents pertaining to the Balkan Wars, for which Blinken OSA is profoundly grateful. 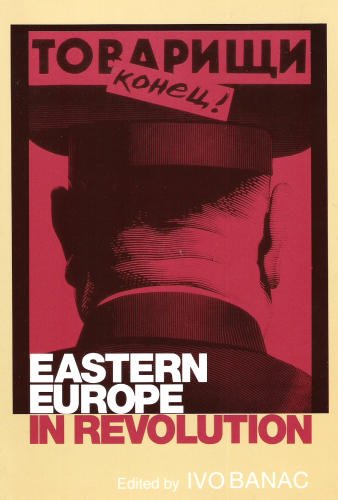 Ivo Banac was the author and editor of several books on Southern- and Eastern-European history, including
The National Question in Yugoslavia: Origins, History, Politics, With Stalin Against Tito: Cominformist Splits in Yugoslav Communism,
or Eastern Europe in Revoluion.

After the split in the Croatian Social Liberal Party in 1997, Professor Banac followed his friend Vlado Gotovac to the Liberal Party, keeping a critical distance from both the Croatian Right and the Social Democrat government of Ivica Račan, even though he was Minister of Environmental Protection for a while. He left the Liberal Party in 2005, and stayed in the Croatian Parliament as an independent representative. A sharp observer of his time and a just critic of injustice, he redefined his role to become a firm advocate of human rights and liberal democracy in Croatia. He was instrumental in detecting and responding to acute problems in Croatian politics and society. Professor Banac directed his interest toward human rights and the rule of law, which led him to become President of the Croatian Helsinki Committee between 2007 and 2009. Finally, I would like to describe the end of his political and public career by quoting Alfred J. Rieber, CEU Professor Emeritus, who wrote, "Ivo became increasingly involved in Croatian politics, where his strong anti-nationalist feelings and uncompromising individualism contributed to his growing isolation."

Despite his political engagement, Professor Banac continued to publish valuable scientific papers and reviews. He continued to mentor his students, providing them with professional advice. Professor Banac will be remembered both for establishing and strengthening the Balkan Studies at CEU, and for the crucial role he played in setting up the Balkan collections at Blinken OSA—an important legacy for the posterity.