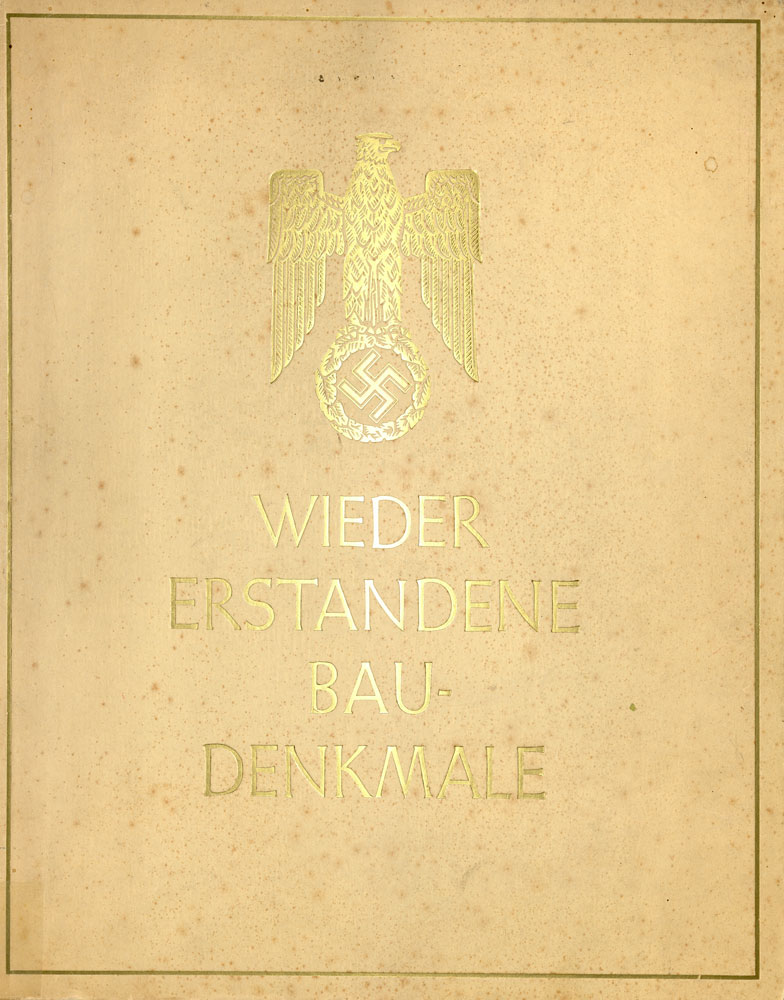 Large, massive album with gilded title, imperial eagle and Swastika on the cover – it is not only the cover but its content which makes this book, which is an absolute rarity in the second hand book market, special.

In 1934, Bavarian Prime Minister Ludwig Siebert launched a major architectural reconstruction program to restore Bavarian historical buildings and castles their old glory. The luxury edition with 60 full-page annotated engraved photogravures documenting the progress of the program was published seven years later, in 1941 in as few as (probably) 250 copies, intended as gifts for the Nazi party elite. The majority of the copies perished during the war, our library holds the 149th copy. 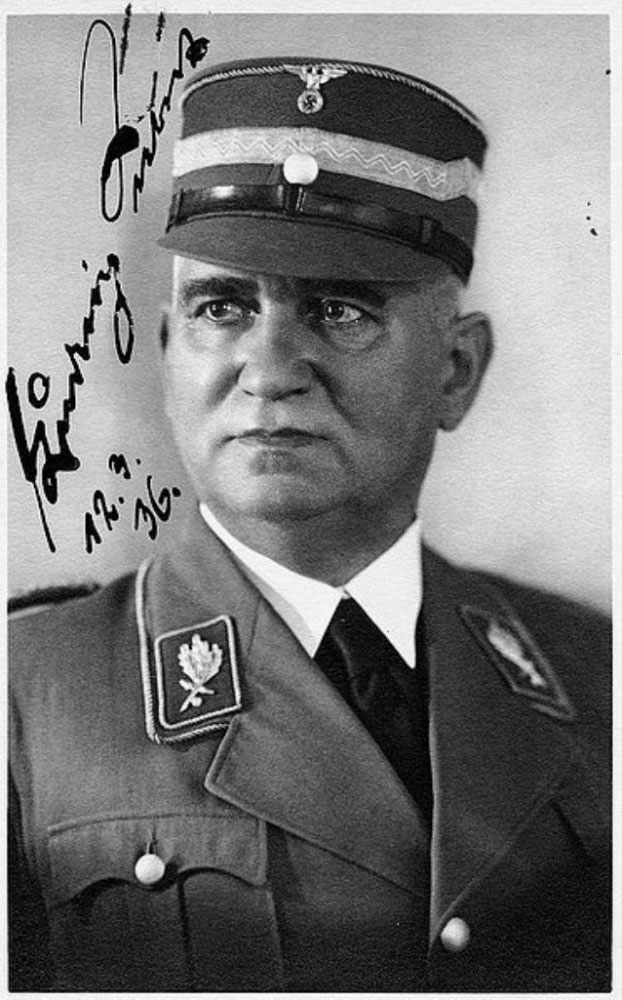 Ludwig Siebert spent almost his entire life in Bavaria: he studied law in Munich, then served as mayor in several Bavarian towns. A member of NSDAP, Siebert reached the highest point of his political career in the 1930s, when he first became representative in the Bavarian Parliament, then in the Reichstag. As Bavarian Prime Minister, and Reich Minister of Economy from 1933 to 1936, he had ample resources to finance the architectural restoration program. He died in 1942 in a heart attack and was given a grandiose state funeral. Following the war, several of his honorary citizen titles were revoked; however, after 1955, when American military was withdrawn from Germany, the city council of Rothenburg considered its “moral duty” to restore the name of Ludwig-Siebert-Strasse, which it stayed for the next 60 years. (Similarly, until quite recently the Bayreuth Festivals took place in the Ludwig-Siebert-Halle, now Stadthalle). When in 2015 after lengthy deliberations the street was renamed Upper Railway Street, a local historian commented: “The last Nazi is removed from the street signs in Rothenburg.”

His son, Fritz Siebert was Head of Administration in the Office of the Governor General in Cracow and sentenced to 12 years of prison by a Polish court for war crimes. He was released after eight years and following his father’s footsteps, he settled in a Bavarian town to work as a lawyer, and later was made honorary mayor.

It is known from Albert Speer’s memoirs that on Hitler’s orders there were unlimited funds, construction material and workforce to carry out the constructions that would commemorate his final great victory: the monumental buildings around Adolf Hitler Platz in Berlin and Nuremberg, even at the price of taking the resources away from the Russian campaign. The Siebert program, however, started before the war in peace time, created jobs, and targeted iconic buildings of German history in Nuremberg, Bamberg, Würzburg, Landshut and Bayreuth making it highly popular.

To learn more about the ideological background and implementation of the program and about the special role of castles in the national socialist world view and education, I recommend to read Fabian Link’s very thorough “Burgen und Burgenforschung im Nationalsozialismus (Wissenschaft und Weltanschauung 1933-1945)” published in 2014. Link discusses in detail the differences between Nazi ideas about “authentic historical reconstruction of buildings” and current practices and how Nazi restoration often meant re-creating an idealized history that had never existed.

The preface explains that the album was compiled to mark the end of the first phase of the program and the next phase of the reconstruction of castles would begin after German victory. The volume documenting the Siebert program is the apotheosis of the efforts that make the present the worthy and equal counterpart of the great and heroic past it intends to invoke. As the proudly quoted line by the Führer runs: “Kein Volk lebt länger als die Dokumente seiner Kultur” (No people can live longer than the documents of its culture). 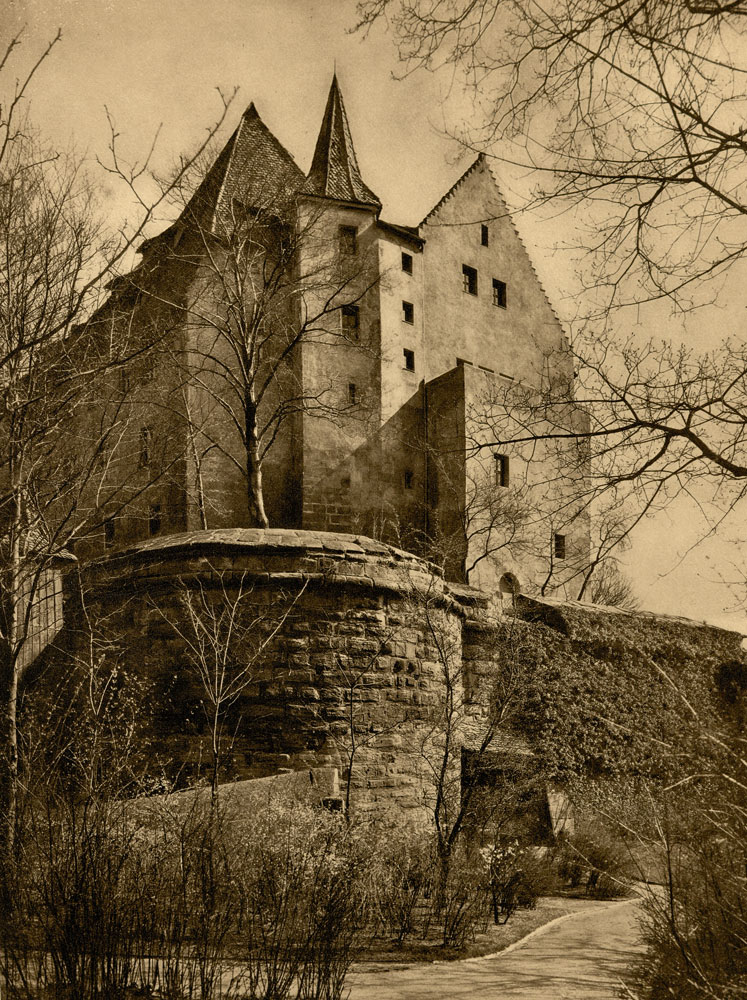 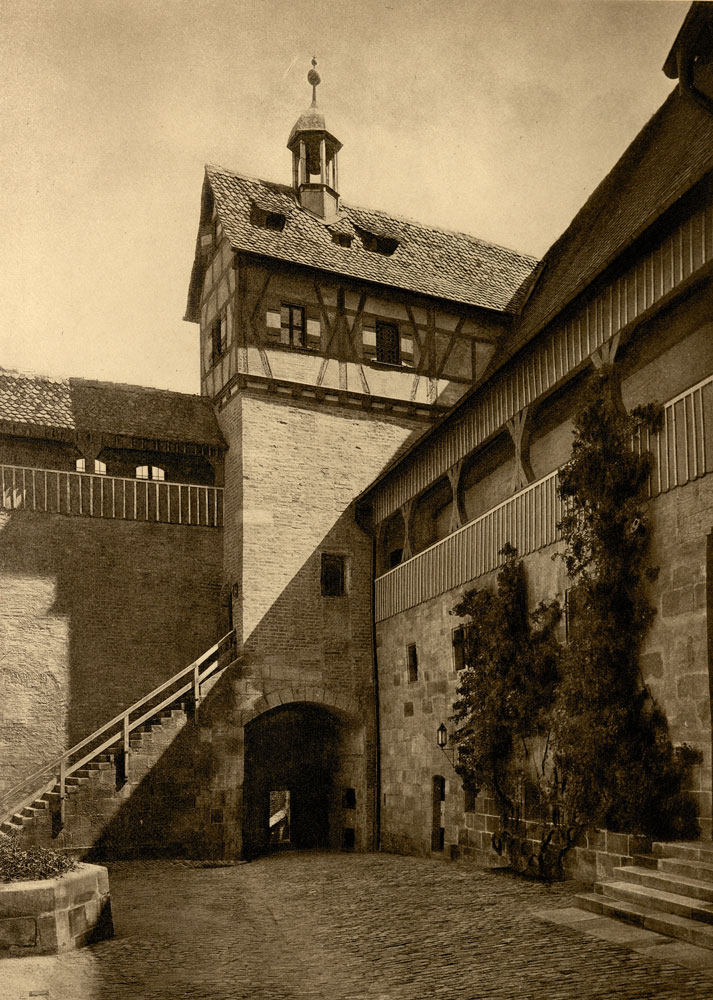 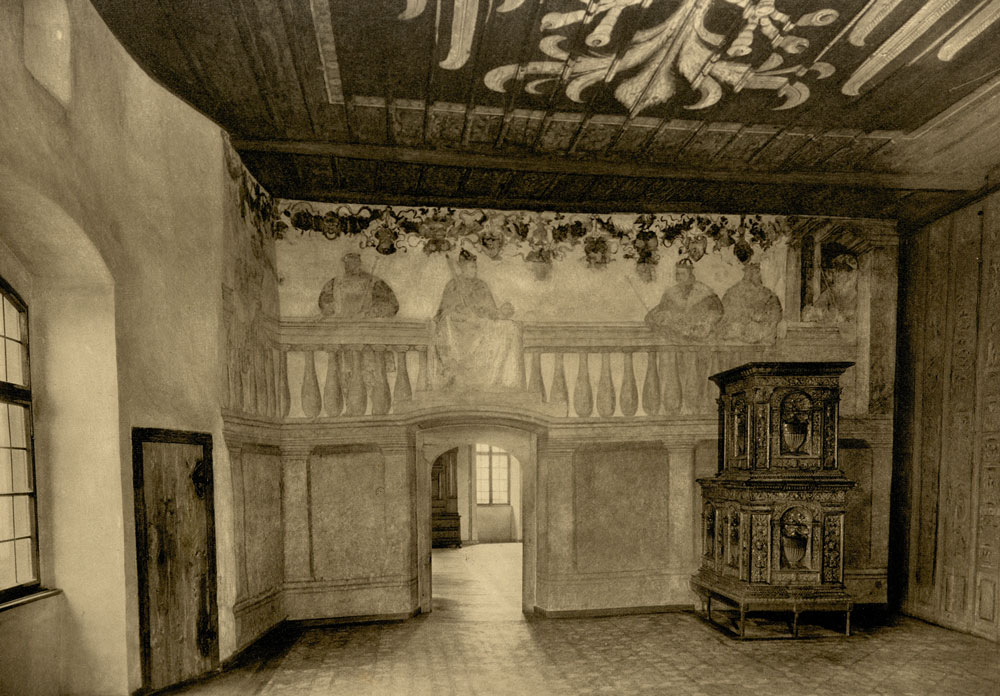 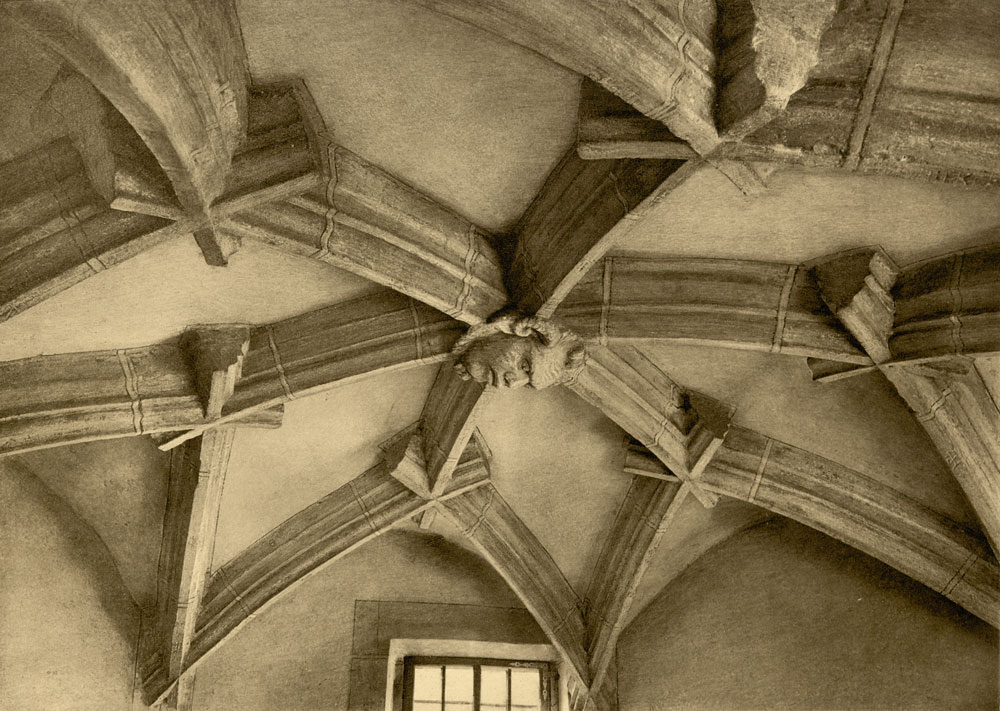 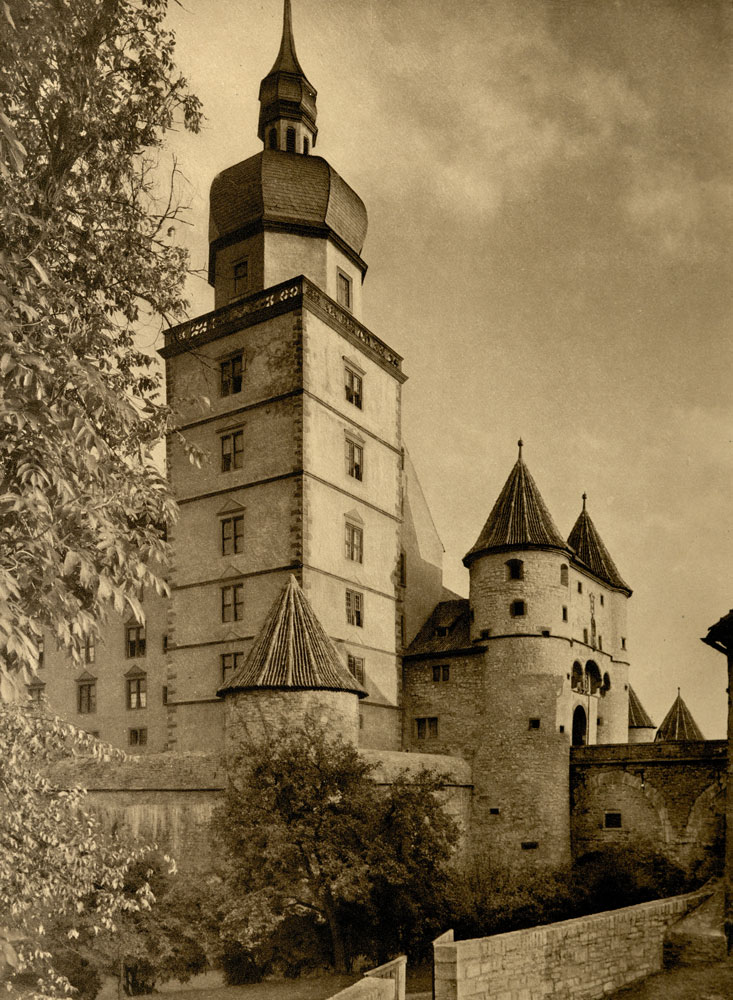 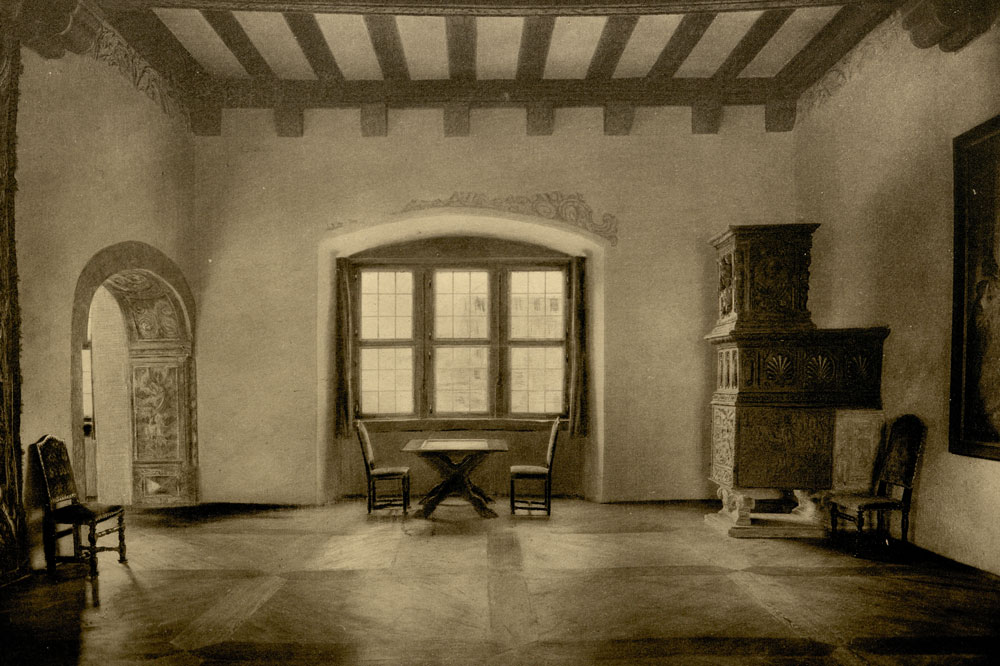 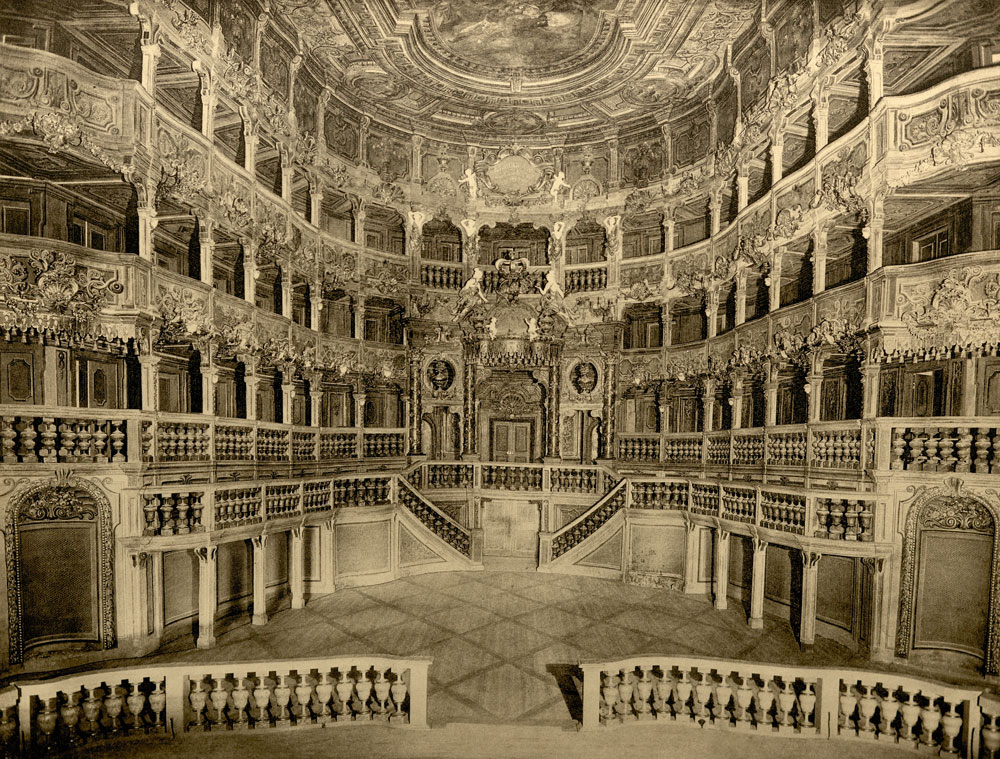