Blinken OSA's George Mason University intern in the 2018 spring term reflected on the time he spent working at the archives.

Andrew Millin is a student in conflict analysis and resolution, during his time at Blinken OSA he worked on the Archives and Refugees project.

"My internship at Blinken Open Society Archives has been an incredibly eye opening experience. Before this internship, I had very little idea what an archive did other than hold important documents. My interaction with archives to that point had been going to the National Archives in Washington, DC where I could look at the documents that helped form our nation’s government. The documents in Blinken OSA's collection are from most of the major events and periods of Central and Eastern Europe since World War II. This includes “samizdat” from many of the former Soviet nations, artifacts and notes from the immediate aftermath of the Srebrenica massacre, and vast amounts of resources from Radio Free Europe and Radio Liberty. Seeing these documents and films and sound bites firsthand makes me really appreciate the freedoms we have in the United States. It has also provided me with a strong background on the historical context in which many Eastern and Central Europeans, and Hungarians in particular, find themselves. 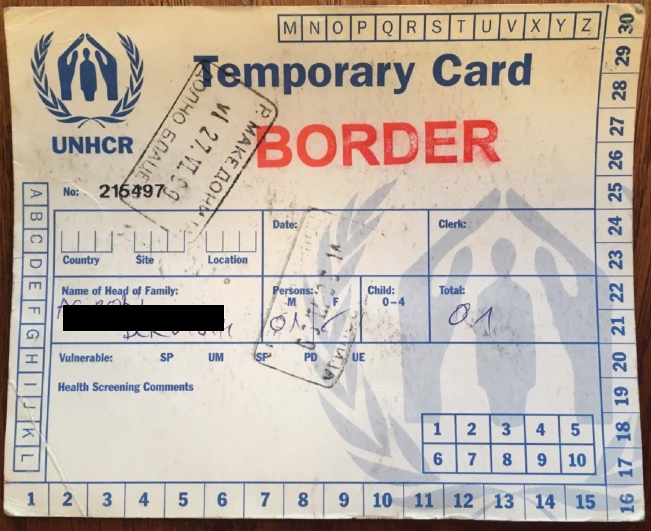 Since my studies in Hungary focused specifically on refugees and migrants, most of what I was exposed to focused on refugees and migrants, including the semester long project. The project I have been working on continues the work of my fellow George Mason University colleague Katie Lynch, who started the refugee and migrants map visualization project last year. I am working with the vast number of films that the archives have in their possession, finding the ones related to refugees and migrants, and compiling them into a map. This map will be an invaluable tool to researchers and the public who can use it to get a great understanding of how comprehensive this collection is. It is through these films that both academic research of, as well as the public’s knowledge of these stories will be much more thorough and it will add an additional layer of humanity to an extremely desperate and devastating issue.

Working on this project, I have been exposed to many new perspectives on refugees and migrants as well as learning about the refugee and migrant crisis’ that do not get as much attention now as the 2015 mass migration into Europe has received. One of my favorite films from Blinken OSA's collection so far is "Hope" directed by Steve Thomas. This film is the story of Amal, a woman who was escaping Iraq in the late 90’s early 2000’s. To get from Indonesia to Australia, her final destination, she had to be smuggled on a boat. Unfortunately, partway to Australia, the boat of more than 400 migrants sank and all but ~40 people died. Amal was one of the lucky ones who survived, and from that group of ~40, Amal was even more lucky to be one of 4 survivors who received asylum in Australia. This film struck me so much because of her story and her shield of normalcy that she projects, while inside she struggled everyday with the horrors she faced the night the boat sank. I cannot even begin to imagine what it is like to be forced to leave my country, let alone survive such a devastating ordeal. These are the types of stories I have been exposed to almost every day through my internship.

I also gained a fond respect for the impact of the work the organization does to work for a better Hungarian democracy. The archive holds the information about the worst days of the communist Hungarian government under Soviet rule. In order to combat the illiberal slide the country has taken politically of late, this information could serve as a reminder to the older generation of the difficulties or horrors they faced under communist rule. To the younger generation, it exposes their minds to those same difficulties the older generations faced on a daily basis. My coworkers definitely take that responsibility seriously. Since I have been here, there have been no shortage of public events and education opportunities, and my coworkers love these opportunities to share their knowledge and passion with others.

I also was exposed to films unrelated to refugees and migrants. In these films, I was able to gain insight into the multitude of ways to use archival footage to convey a certain message. One in particular was a 9 minute film that used images and videos to show how important perspective is. In it, the film goes through footage from post-World War II France, showing scores of people celebrating in the streets. After a dramatic rewind of the film, it showed the same footage but fully zoomed out to reveal that the people in the film were celebrating the public humiliation of suspected Nazi collaborating women. In another film, it showed how archival footage (and films generally) can be used to fight oppressive governments such as the Taliban in Afghanistan. The film highlighted a group of people in Afghanistan who are working to collect as much archival film as possible in order to do public screenings around the country and show the freedoms past generations had. The purpose of this project is to combat the repressive nature of the Taliban government and to protest their anti-film laws by reminding people of how good things once were.

I am extremely impressed with Blinken OSA as an organization, the work that they do, and the people I am working with who are all brilliant and very inclusive. They helped me learn not just about archives and cataloguing documents and files, but about Hungarian politics as well. In light of the changing and fluid political situation in Hungary, I think the work they are doing is more important now than ever. Being in Hungary during a national election provided the perfect opportunity for me to see why their work is so important. I am honored to have had the opportunity to spend the past few months there and I know that they will continue to be a major force for good in Budapest, Hungary, and the wider Eastern European region. Without these organizations and the people who work for them, civil society in this country will collapse."