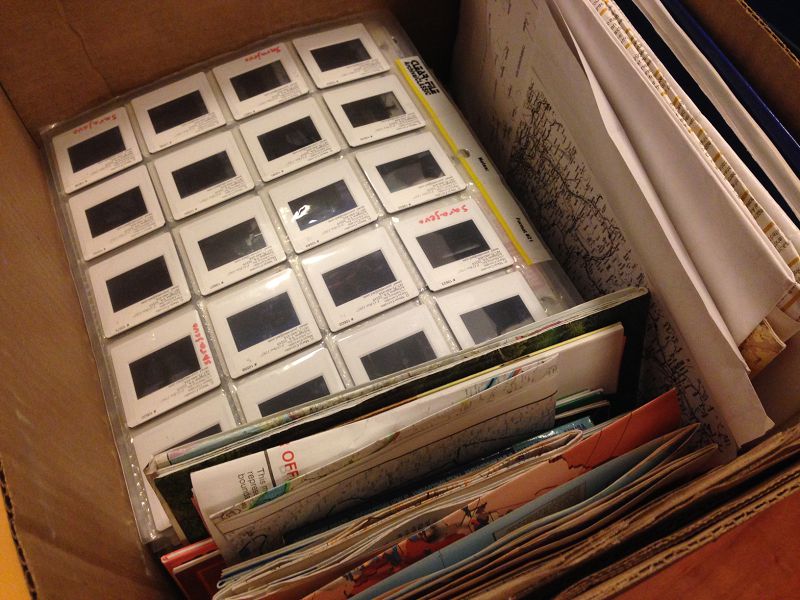 From 2000-2002, the American Refugee Committee ran comprehensive support projects to assist Bosniak families from Srebrenica in returning to their homes, which had been inhabited by Bosnian Serbs since 1995: the Housing Support for Families of Srebrenica living in IlijasMunicipality, and the Facilitation of Minority Return to Sarajevo Canton Project.

The ARC reconstructed seven homes in Srebrenica, into which three families returned. The four families who did not return in 2002 were: (1) Hidajet Fazlic, who purchased an apartment in Ilijas after inclusion in the ARC’s reconstruction program; (2) Senad Mostic, who chose to receive construction materials from the ARC but was financially unable to complete reconstruction work; (3) Akif Beslija, who plan to return after the birth of their baby in spring 2003; and (4) Mjerja Gljiva, who was evicted from the transitional unit in Breza, and is waiting for to transport and secure shelter for her cows near her reconstructed home.

These are only a few of many stories from the Bosnian refugees who were forced to leave their homes during the bloody Bosnian war 1992-1995, when the region and Europe were facing the worst humanitarian crisis since the Second World War. Although tragic in their personal experience, they all had their unique stories and individual tragic almost secret “histories” with a very strong common denominator, regardless of their nationality or denomination: pain and suffering.  In post-war Bosnia, their “histories” range from struggling to face war’s immediate trauma consequences, up to the adoption of normality and everyday life, in peace. The American Refugee Committee was one of many important international NGOs that played an substantial role in documenting tragic stories of the dramatic disintegration of Yugoslavia from one very specific perspective – the ordinary human. However, at the same time, ARC also made very important efforts towards reconciliation and peace on the “micro” level. ARC initiated and thus recorded important “human-size” projects and initiatives which aimed to stimulate the process of reconciliation in war-torn communities stretching from Croatia and Bosnia and Herzegovina to Kosovo, Serbia and Macedonia. 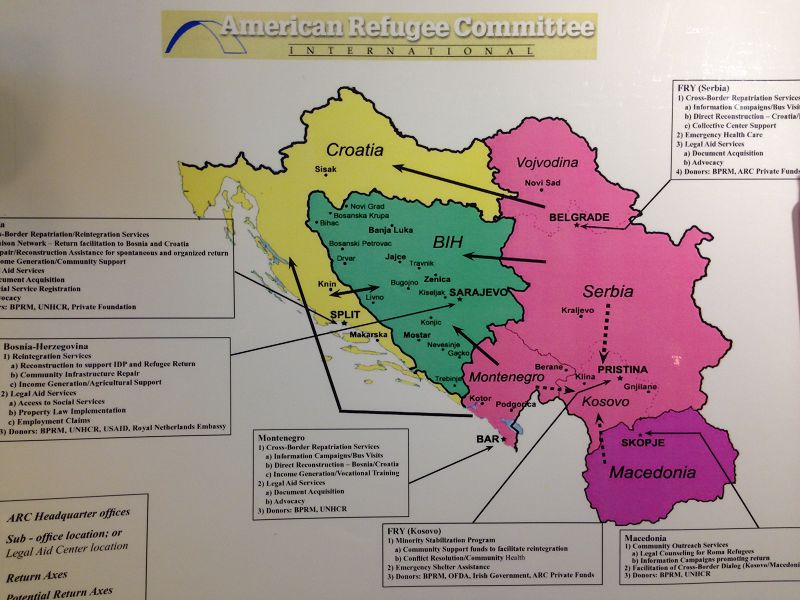 Everything started in March 2010, when I received an email from Ms. Karen Johnson Elshazly who approached OSA at the suggestion of Professor Gary Filerman, to enquire about OSA’s interest in acquiring Balkan-related materials from the American Refugee Committee, materials which could be ultimately be researched by students and academic staff from the Central European University. Working at ARC for more than 28 years as Director of International Programs, and as Senior Advisor to the President, Ms. Elshazly was aware of the importance of ARC materials for the people from the region, and for this reason wanted to secure not only their good physical survival, but also access for future historical research. This new collection will considerably enrich our existing collections on ex-Yugoslavia, which include: Records of the Physicians for Human Rights' Bosnia Projects, 1996-1999 ; Monitoring of Television of Bosnia and Herzegovina, 1996-1999 ; Records of the International Human Rights Law Institute Relating to the Conflict in the Former Yugoslavia, 1973-1994 ; Trial Proceedings Video of the United Nations International Criminal Tribunal for the Former Yugoslavia, 1996 ; and David Rohde Collection on Srebrenica, 1991-1999 . While most of the above-mentioned collections focus on the Bosnian war and its aftermath, the new ARC acquisition represent a rare account of the concrete reconciliation and reconstruction projects.

Established in 1979, the ARC was very active in other global crisis areas helping thousands of refugees on all continents. As the war in Yugoslavia intensified, ARC became operational first of all in Croatia in 1992, and then rippled south east with the war. They worked in all of the former republics, with the exception of Slovenia. ARC intervened with an unique idea which was named “regional linkage and return implementation mechanism” which proved to be very successful throughout former Yugoslavia. It involved becoming intimately familiar and active within the refugee and internally displaced communities, not only providing basic human services but also gaining knowledge and understanding of their needs, hopes and fears concerning the future. ARC teams on the ground identified those groups that truly wanted to return home, regardless of the obstacles, and then found clusters of people from the same region and community, and designed community development programs for those areas of return, and established trusting relationships with the leaders as well as the potential neighbors in those regions. ARC facilitated “go and see visits” which brought the potential returnees back to their homes so they could see, feel and touch what it was like now, and had them meet face-to-face with their former and future neighbors to see whether healing was possible. When returns were complete, ARC provided follow-up help to ensure success and fashioned programs to combat what was called “administrative ethnic cleansing”. The ARC was successful because it listened to and promoted local staff who knew what it would take for people to live together again, and what it was like to want to return – “Home”. 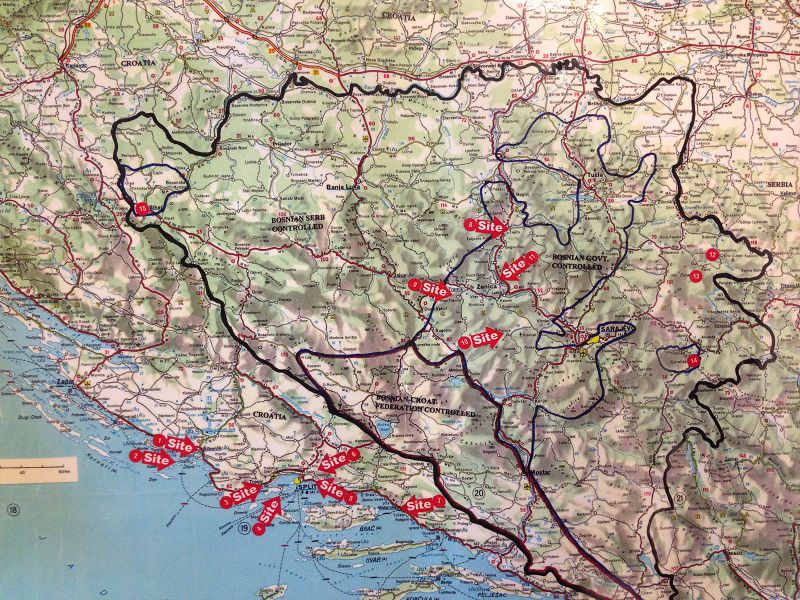 The successful stories still stand today in Croatia (especially in the Knin region and along the coast), Macedonia, Montenegro, Bosnia and Herzegovina, Serbia and, lastly, Kosovo. In Kosovo, ARC worked in Serbian enclaves where armed guards escorted children to school and mothers to market; today, one can drive through these same neighborhoods where most, if not all, of that is now gone. However, there are still undercurrents and administrative challenges and the threat posed by instigators sent in to create conflict, however there are enough people who know what the true threats are and that know if they can continue to work together, that they can once again create a sense of community and live safely in their homes. This can be illustrated by one project of Roma return to Kosovo when ARC people went to see them 4 years after the start of project, 100 percent of the returnees were still living in their new homes.

ARC closed its Balkan presence in 2007, although there was much work to be done--including citizenship and human rights issues for displaced people who did not want to or were unable to return home--the ARC did not have any funding. It seems that ARC did not seek to simply speak to conflict resolution, but to create actively-based interventions. Thus, in various cities and towns in Bosnia, ARC had children design their dream playground, and then strategically located them where it was only natural that multi-ethnic children would utilize them, and then formed maintenance committees consisting of multi-ethnic parents.

More interesting stories on the post war life and transition from war to peace and reconstruction can be found in the materials of the American Refugee Committee (ARC) that arrived at OSA this May, materials which will be available for the research in OSA’s Research Room from this fall.

OSA is very thankful to the ARC and Ms. Karen Johnson Elshazly for donating these important materials that will considerably expand our knowledge and understanding of tragic consequences of the war in the multi-ethnic societies and help further enrich the importance of OSA’s valuable Balkan collection.