Who Is Behind the Symbols of Socialist Art?

The exhibition The Symbols of Socialist Art – Revisited at the Blinken OSA explores and critically re-evaluates the Communist Iconologia encapsulated in the visual dictionary of Nóra Aradi, the omnipotent guardian of Socialist Realism in Hungary, with the help of contemporary artists from Central and Eastern Europe. It also investigates the role Aradi had in the making of the Hungarian art history of the 2nd half of the 20th century.

In what follows, we publish Nóra Aradi’s bio written by the art historian József Mélyi, who was at the same time the curator of the section on Aradi, complemented with information taken from the Biographical Card Files of Radio Free Europe/Radio Liberty collection at Blinken OSA.

In January 2017, Mélyi conducted three interviews about the oeuvre of Nóra Aradi, focusing on her activities in the 1970s and her relationship to her past. The interviewees were Anna Tóth, Nóra Aradi’s daughter, and two prominent figures of today’s Hungarian art history: Ernő Marosi, who was Deputy Head of the Research Group for Art History from 1974, and László Beke who was a fellow at the Research Group from the end of the 1960s until 1988. The interview will be available online soon. 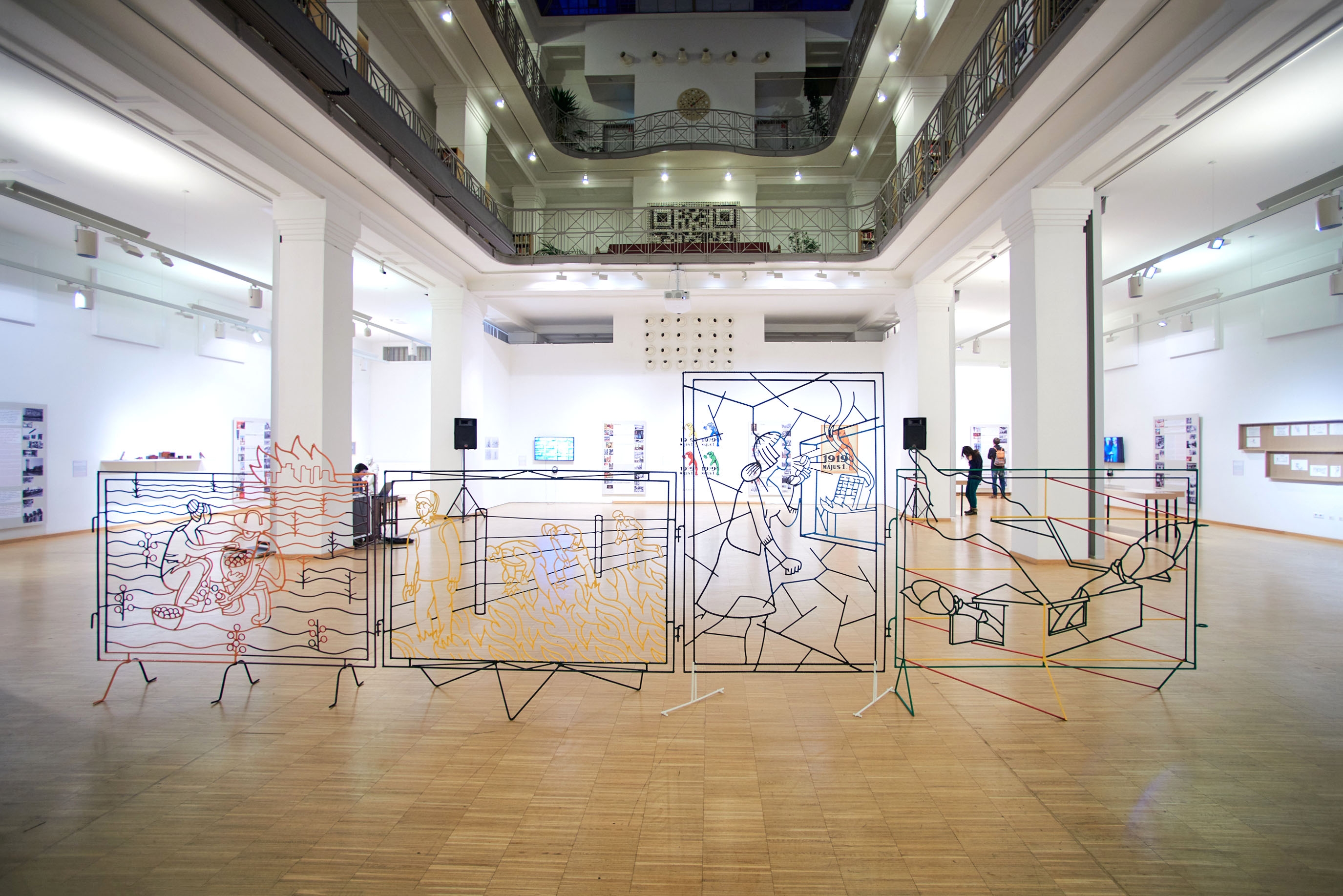 Nóra Aradi was perhaps one of the most controversial figures in 20th century Hungarian art history. The whirlwinds of mid-century history had left their indelible marks on her career: her professional work can hardly be evaluated independently from the biographical facts, and stories and legends attached to them.

She grew up upper middle class. Before the war, it seemed that any paths leading to an intellectual career would forever remain closed to her because of her Jewish background. After 1948, she started showing political ambitions: during her university studies she worked for the infamous Military Political Department. From 1953 on, she began her activities in the field of cultural governance. In 1957, as Head of Department at the Ministry of Culture, she was invested with full powers in the field of fine arts. She left her position after four years due to irreconcilable conflicts with György Aczél (the leader of cultural life during the Kádár-era).

As one of the key figures in official art, she remained inescapable until the mid-sixties. Later, while drifting away from the core of political power, art historical research and teaching increasingly came to define her career. Her research interests were focused on 19th and 20th century art, and, above all, Socialist art. In 1969, she was appointed Head of the Research Group for Art History at the Hungarian Academy of Sciences.

Her 1974 book The Symbols of Socialist Art is a comprehensive work in which she endeavoured to apply the ideas and methods of iconology, the predominant scientific approach in Western art history of the period, to describe artworks and symbols that were considered to be compatible with Communist/Socialist ideology.

From the 1980s on, Aradi was, through numerous publications, confronted with the moral decisions she made in the 1950s and her role played in Hungarian art until the mid-1960s, including the ways she made the careers and lives of abstract artists impossible. After her death, numerous essays and studies, written about the art history and cultural policy of the 1950s and 1960s in Hungary, analyzed her activities, while the re-evaluation of her books, studies and essays remains to be undertaken.

“She reads in nine languages, and has published four books; she has had three major and several hundred short papers published as forewords to exhibition catalogs. Her latest book, The History of Socialist Realist Art, will come out shortly. She first learnt about the concept of Socialist Realism when she was twenty.

‘I started to read [the newspaper] Népszava as early as the age of 17. WW II had broken out and historical changes were coming and something new was on its way, in every part of life. I desperately searched for this current of 20th century art, I was obsessed with the desire to know how it would happen, what it would be like.’

After the liberation of the country, her first encounter with new art took place in the editorial office of a bulletin board where she organized a brigade of illustrators. In this work, her ambitions to educate and teach were already visible but university professorship was still far away.

As an art historian, she focused on the latest movements in art, as a teacher she guided the young who, with a fresh eye, eagerness and the natural inclination of youth to embrace revolution, turned towards new intellectual trends…

This youth is imbued with materialism. Their interest in art is directed towards what is most modern with extraordinary intensity. During the breaks between classes at the university they fiercely debate the latest trends in art, while at home they live among obsolete views and surroundings.

Many wonder whether artistic freedom exists in Hungary today … Actually, it is much greater here than elsewhere. The tendencies in the West would confine creation within the boundaries of non-figurative art; occasionally artists seem only to be interested in creating something never-seen-before with the use of mere technology. This kind of art which is limited to mere technology has shackled itself. As for us, we strive to fully depict life.”
[M. Hírek, 1.9.1965.]