Men walk on the Moon! The coverage of the event on the two sides of the Iron Curtain

On the occasion of the 50th anniversary of Moon Landing, OSA presents the press coverage of the event in three different countries. 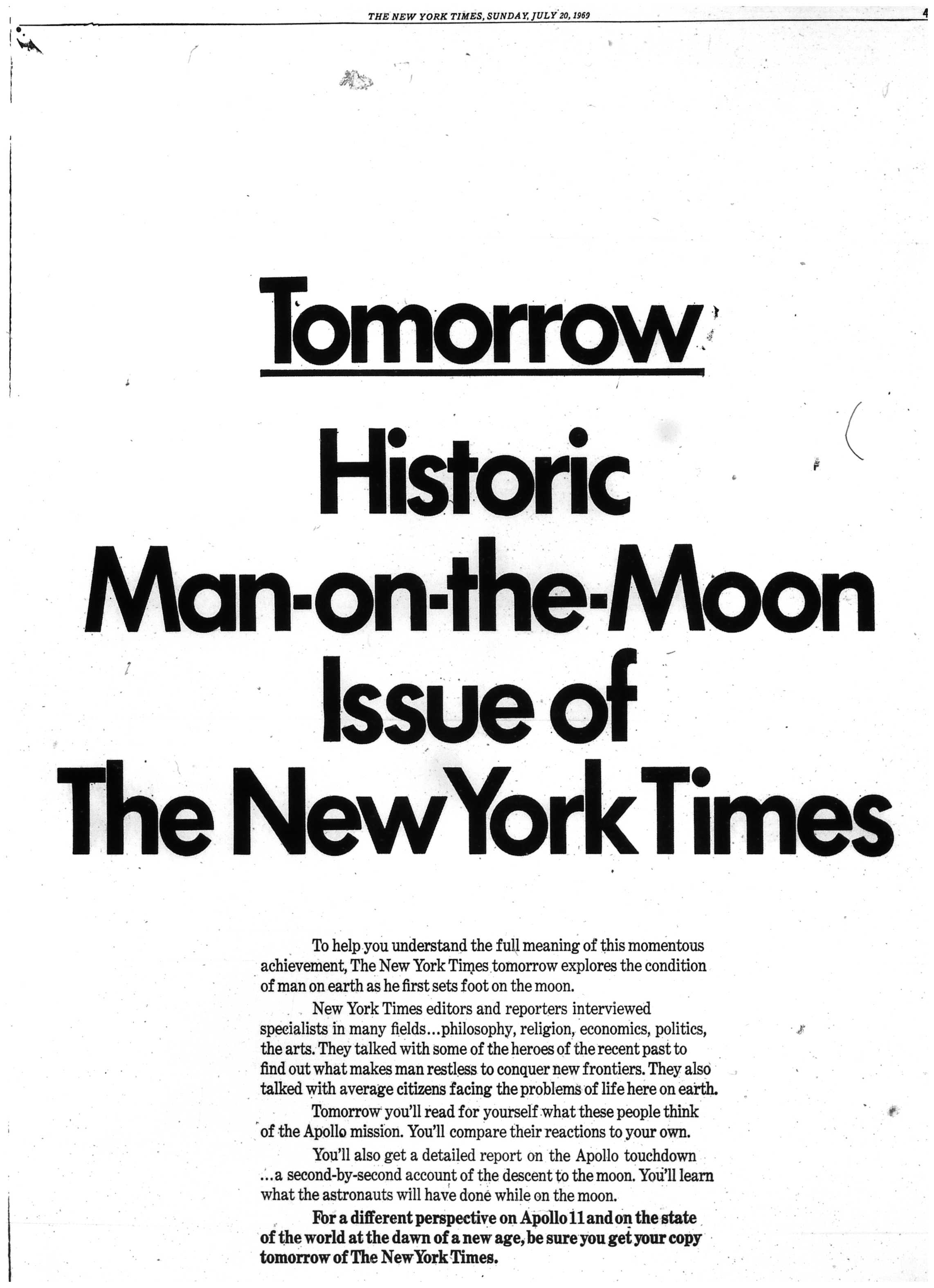 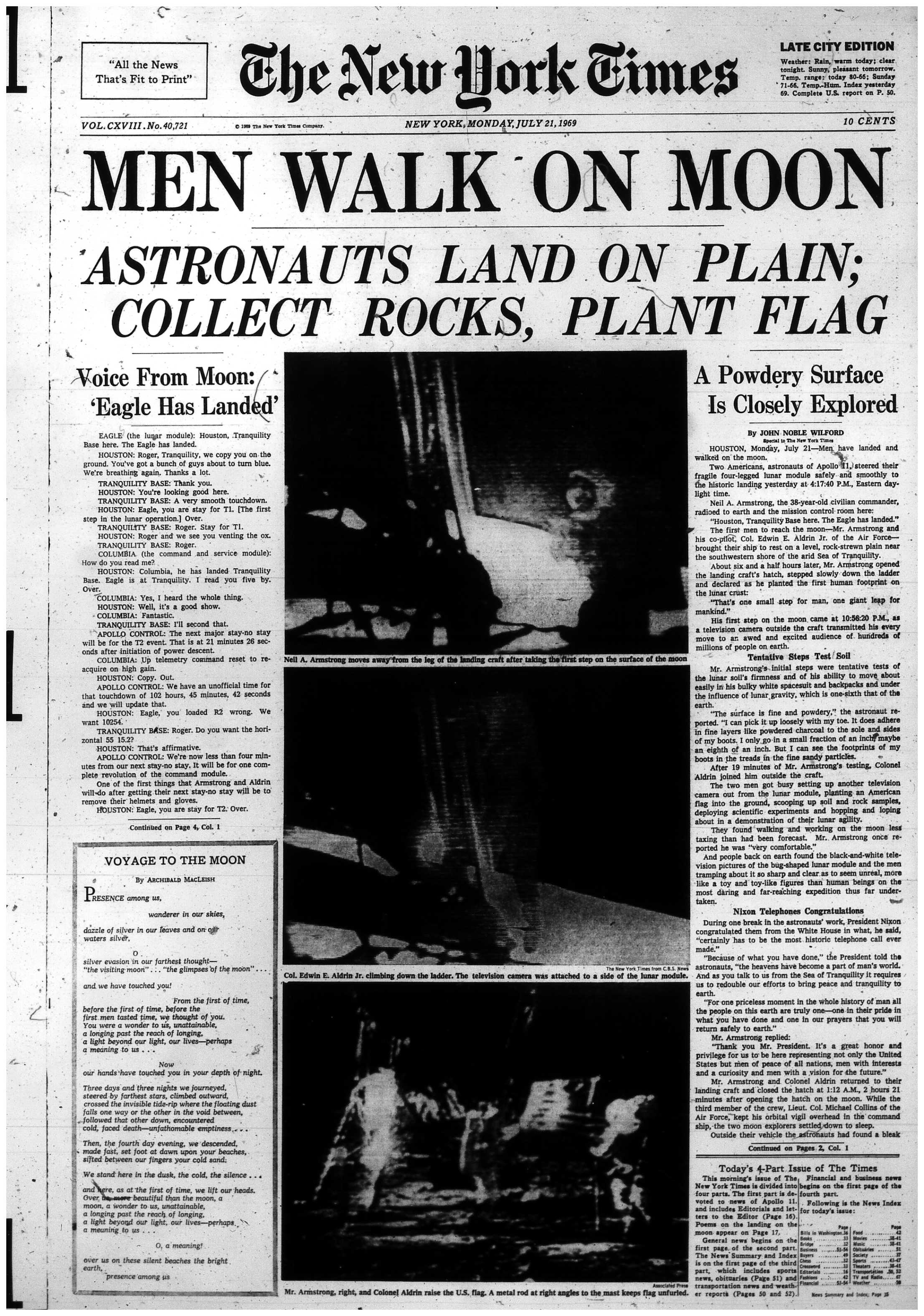 2. The lower part of Pravda first page on July 20, with a short paragraph, surrounded by six other small international news, entitled “Prilunilis” i.e. “Landed on the Moon”, continued on page 5. 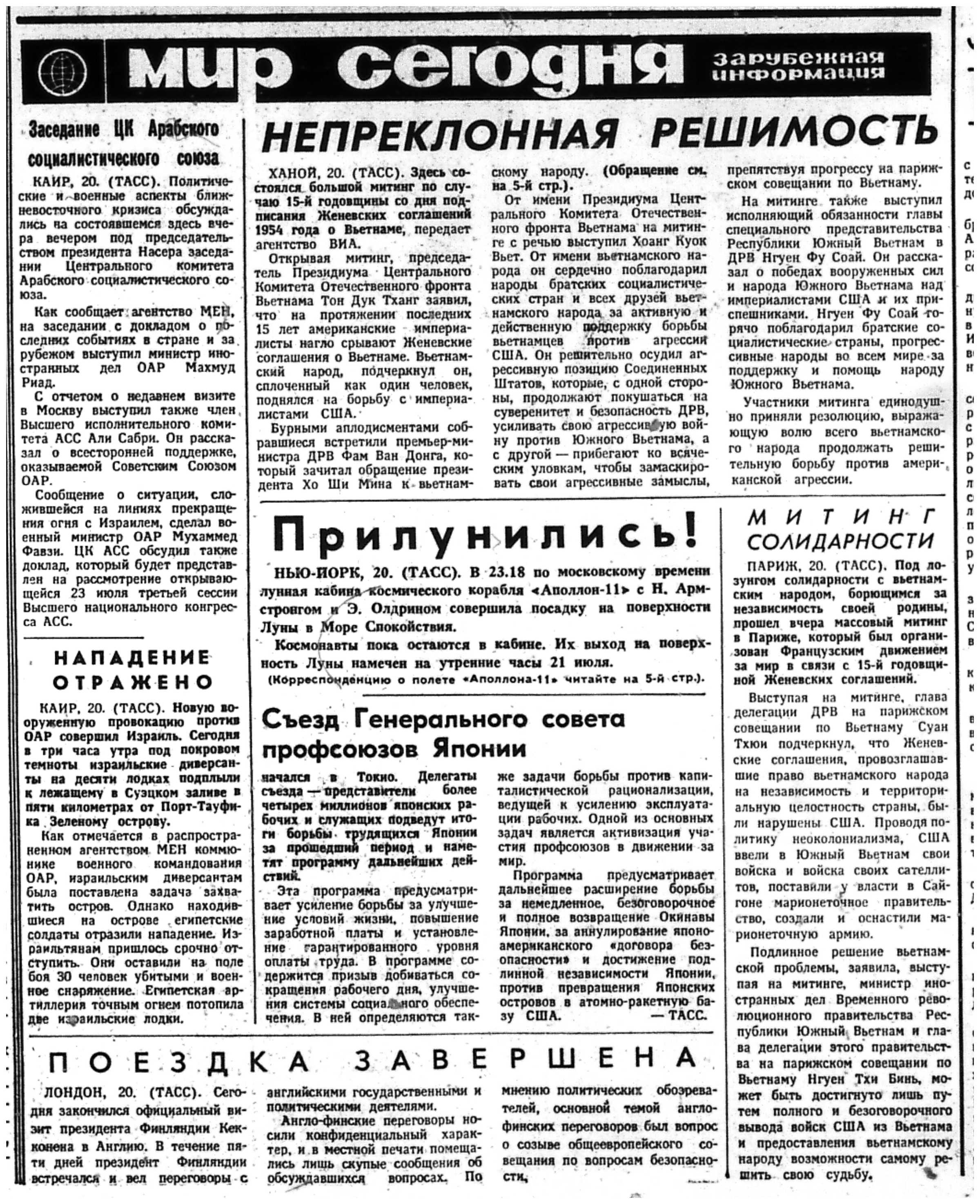 3. The two-page report in Népszabadság on July 22. While the print press was one day late because in those times they did not appear on Mondays, listeners of Radio Kossuth were informed in the earliest morning news on Monday, July 21 that “People have been walking the Moon for one and a half hours!” 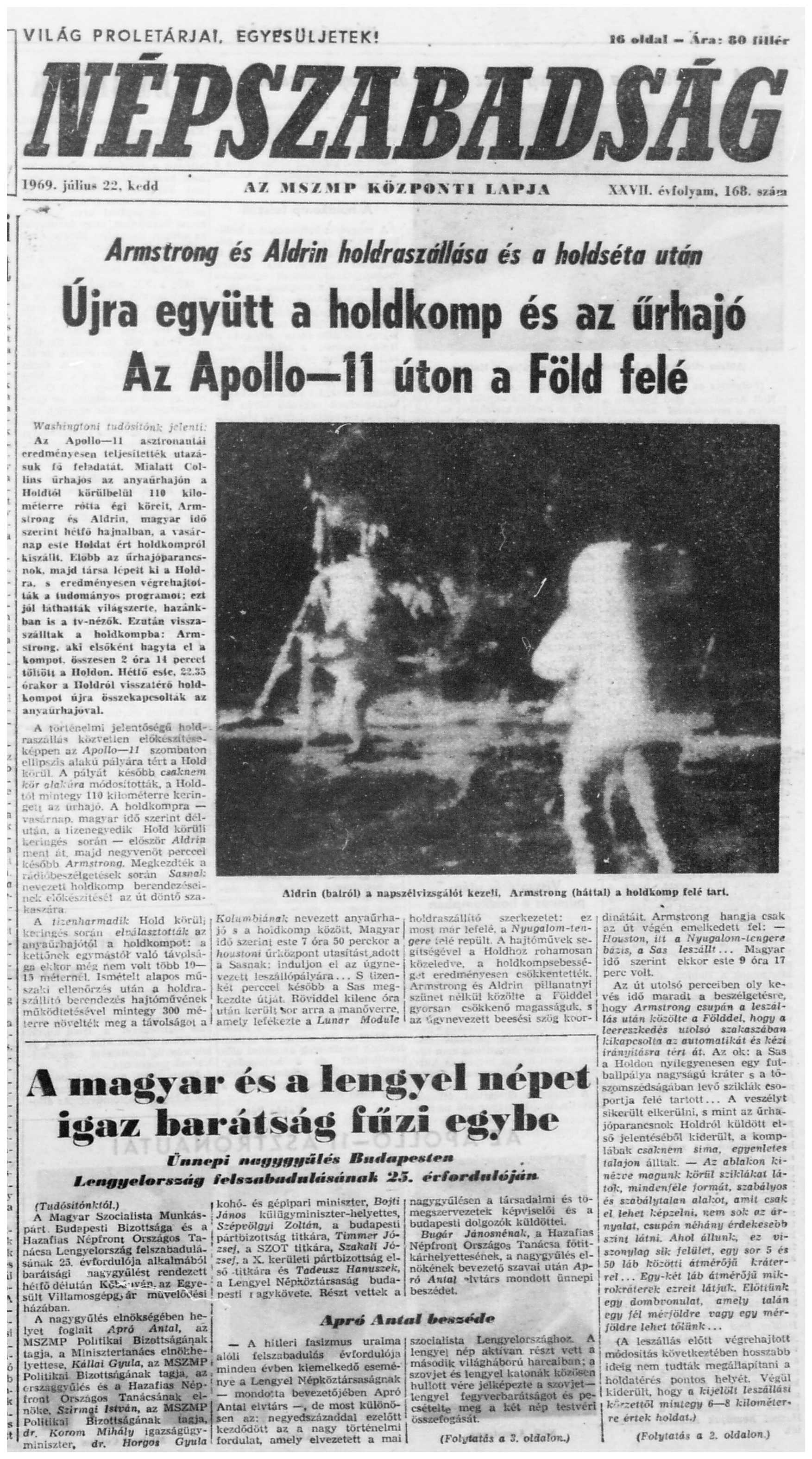 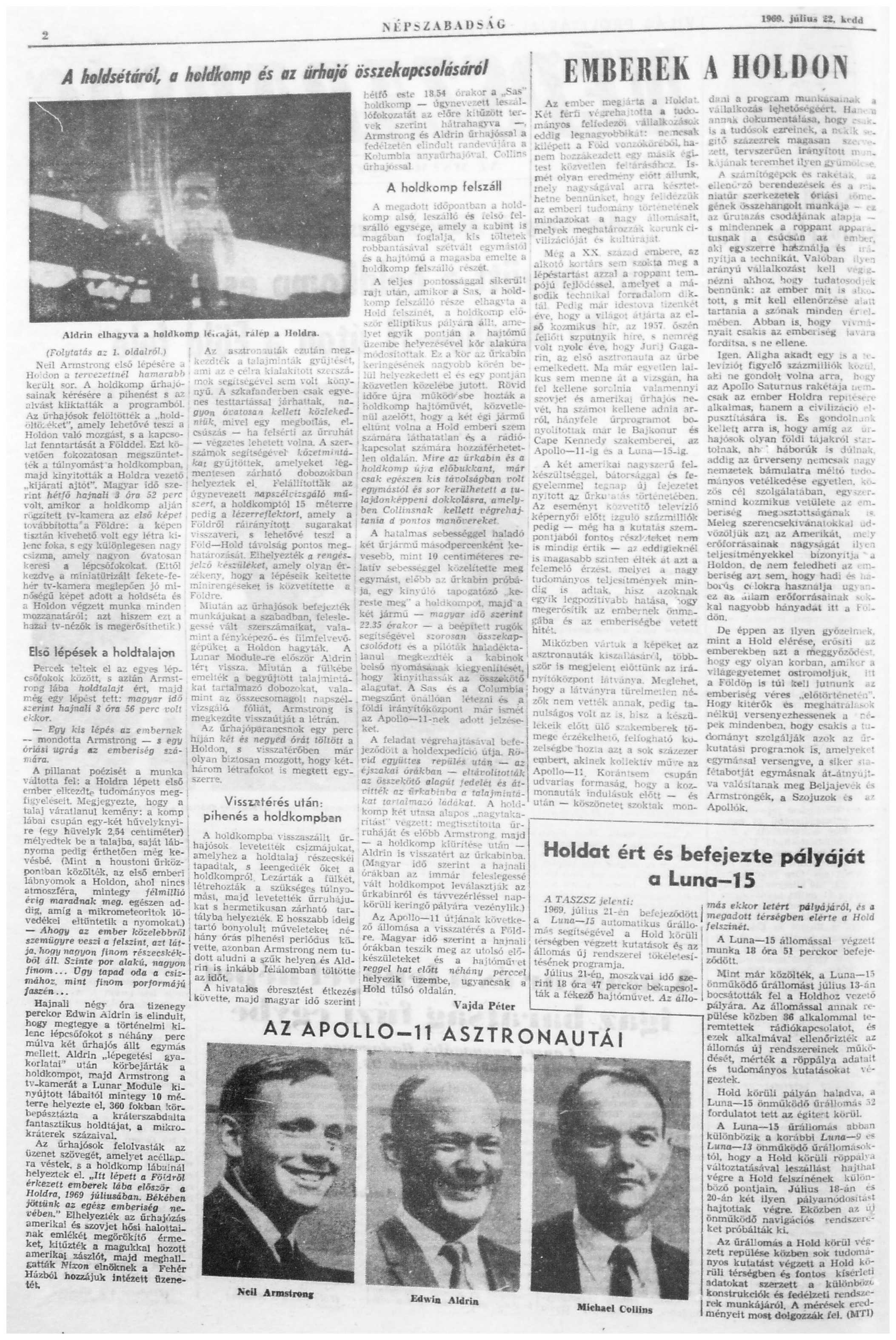 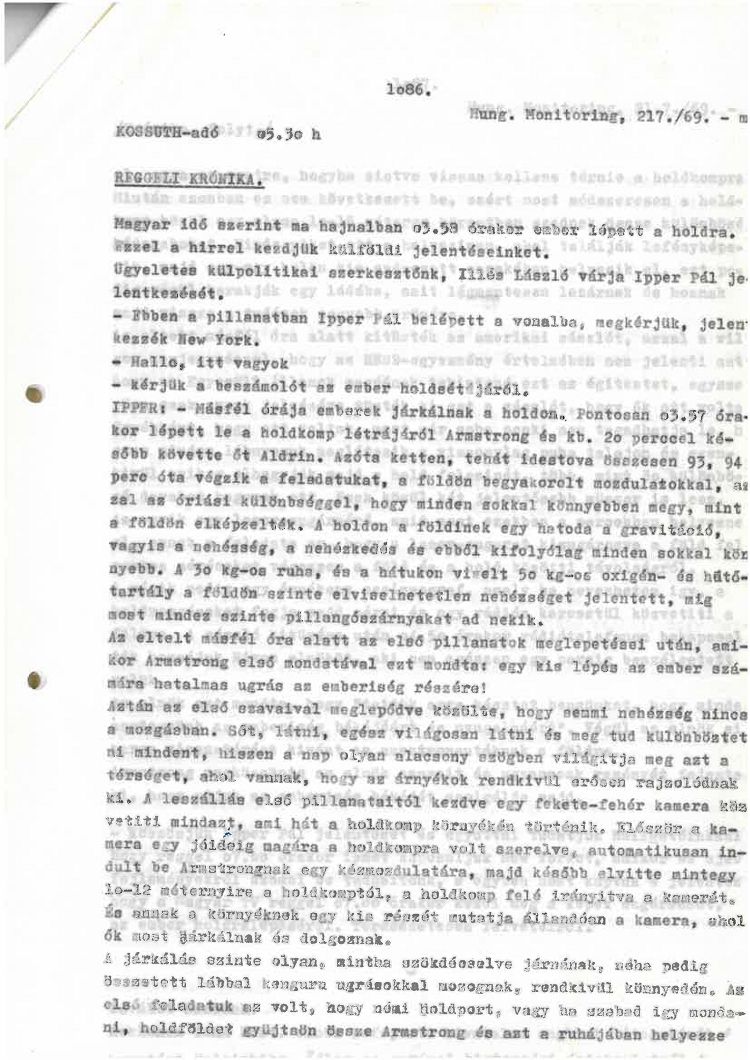 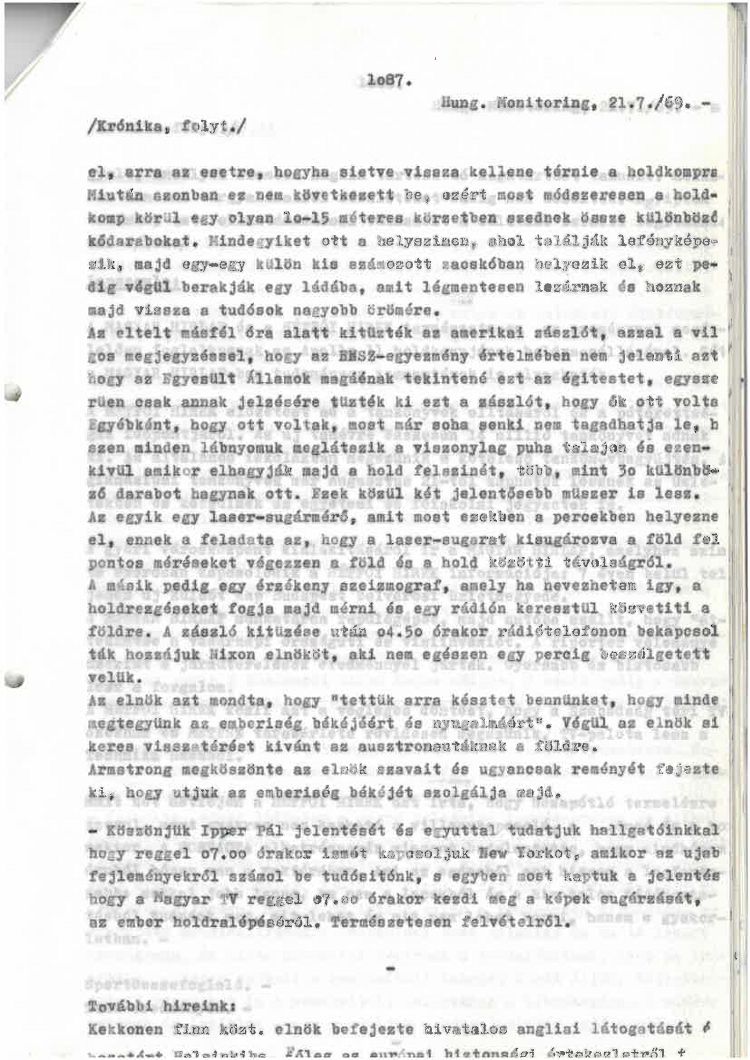